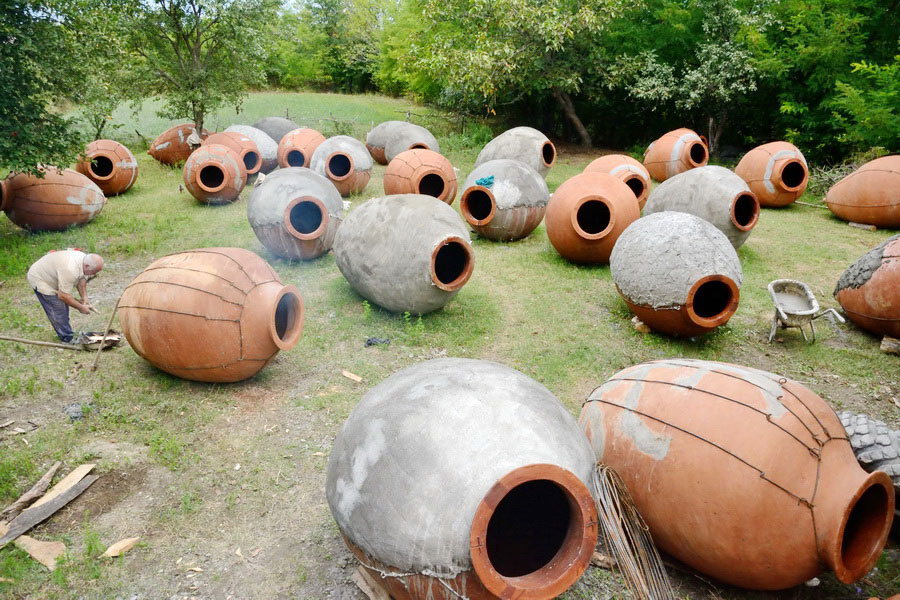 For millennia, qvevri wine vessels have been the key component for wine making in the country of Georgia.

Georgians often refer to their qvevri jars as a womb for wine. Recognizing the significance of this ancient winemaking method, in 2013 UNESCO inscribed it on the List of the Intangible Cultural Heritage of Humanity.

The qvevri is a lemon-shaped earthenware vessel used in Georgia for the production and storage of wine. It is suitable for every stage of winemaking, from fermentation to aging and storing. Once qvevri are buried underground in wine cellars called marani, they are not moved again until the wine is ready for consumption. 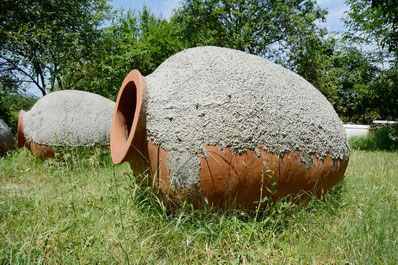 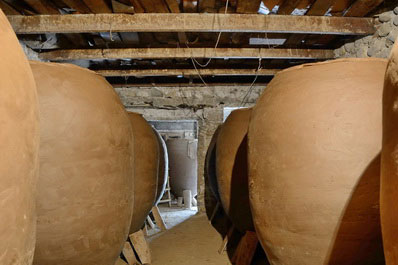 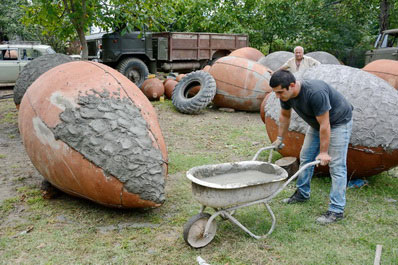 The size of qvevri wine vessels ranges from 50 to 5,000 liters, yet the most popular and convenient sizes are those between 1,000-1,500 liters. The quality of clay is crucial for long-lasting qvevri: Ideally, the clay should be rich in minerals which will contribute to the aromatic development of the wine. The limestone in the clay is also extremely important, as it helps to protect the wine from bacteria.

Qvevri jars are able to preserve wine at a stable temperature throughout the year. In the hot summer months, they maintain a temperature cool enough for the wine to last without preservatives. In winter, the soil around the qvevri protects it with the lingering autumn warmth, allowing the wine to continue maturing without threat of a significant temperature drop.

Qvevri vessels are also a very practical choice for winemakers, for they are less expensive than stainless steel tanks, and when buried in the earth they require neither a high-ceiling wine cellar nor a cooling system.

How to Make Qvevri

As qvevri makers will tell you, qvevri are fashioned slowly and with much patience. Many men enter the practice in childhood, learning the tricks of the trade from their fathers and grandfathers. Skills and knowledge are passed down for generations and regarded as sacred family secrets. Historically, qvevri have been primarily produced in western Georgia, Upper Imereti and Kakheti in eastern Georgia. 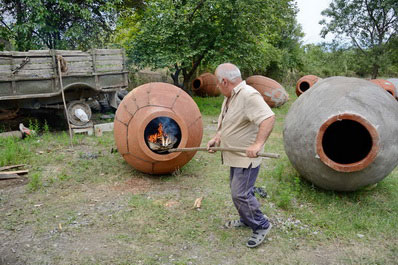 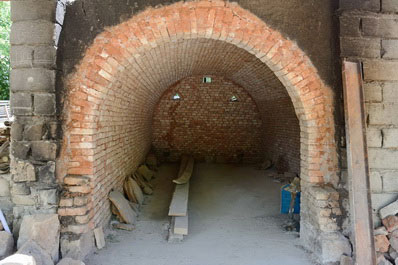 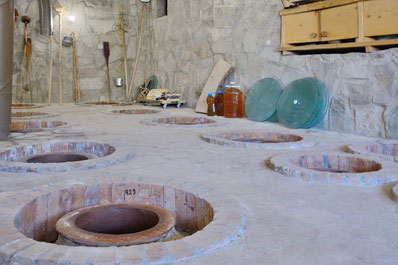 Zaza Qbilashvili, a qvevri maker from Vardisubani village in Kakheti, explains in detail: “It takes about 3 months to make one qvevri. Just a few centimeters of clay can be added each day; any more than that and the qvevri may collapse under the pressure of the new clay. Once the vessel is built, it needs 3-4 weeks to dry before it can be fired. A qvevri which can hold a volume of 1-1.5 tons requires 7-8 adults to slowly transfer it into the kiln, which can accommodate up to 8 qvevri at once. We build a brick wall to enclose the kiln and retain the heat. The qvevri firing lasts one week at approximately 500 degrees Celsius (950 degrees Fahrenheit). Afterwards, we dismantle the wall and move the fired qvevri out of the kiln.”

Sometimes, qvevri will be coated on the outside with cement, which provides protection against microcracks and the minor yet frequent earthquakes that occur in Georgia. Unlike stainless steel vessels, the porous walls of qvevri allow the jar to interact with the earth around it. Other winemakers prefer to coat their qvevri on the inside with hot bee wax. The wax causes greater isolation between the vessel and the earth yet allows for micro-oxygenation so that the qvevri can breathe. As a result, the wine stored in these vessels matures much faster than when stored in conventional qvevri. Waxed qvevri wine vessels are also easier to clean.

Cleaning qvevri is a tedious task. An adult male usually climbs inside the vessel to clean it with sartskhi, a brush with layers of cherry tree bark specially designed to scrub the walls of qvevri. Georgians claim that if the qvevri is cleaned properly, you will be able to drink the last drops of water from the bottom of the vessel. Burning sulphur is also often poured inside the qvevri as an antiseptic . 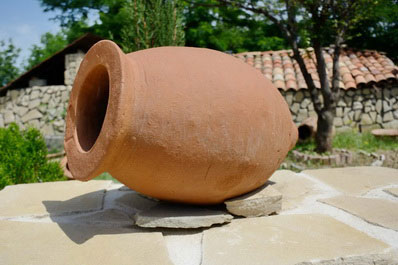 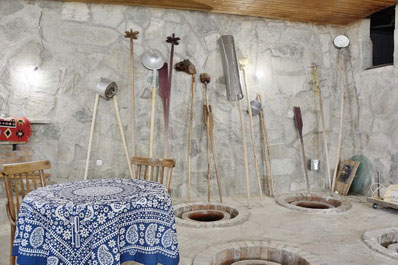 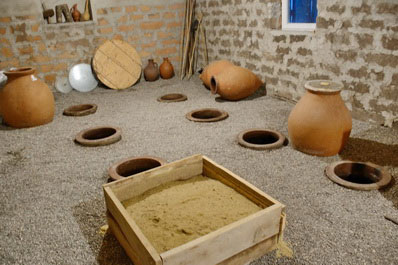 The 21st century has seen a revival of the ancient Georgian method for winemaking using qvevri jars, with many new family wineries in Georgia choosing qvevri as their main tool for producing fine wine. Qvevri vessels from Georgia are now even exported to Spain, Italy, France, Slovakia and the USA. To order a vessel from the most popular qvevri makers in Georgia, orders must be placed a full year in advance.

The production of these jars is no easy task, yet one taste of qvevri wine which has been produced and stored in the vessels will convince visitors to Georgia that it is well worth the effort!