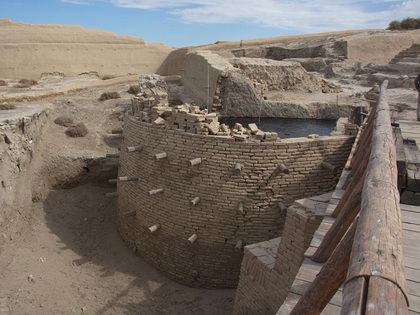 Expand All   Collapse All
Day 1: Turkestan – Otrar – Turkestan
When you arrive at Turkestan airport, you will be met by our guide and driver. They will take you to the hotel where you will check in and have breakfast.
Departure to Otrar (172 km). You will visit the medieval city of the X-XII centuries, which was considered one of the largest cities in Central Asia. You will see an ancient settlement with the remains of several blocks, a bathhouse and a mosque.
Then you will visit the mausoleum of the Central Asian saint Arystan Bab, located near Otrar, 55 kilometers from Turkestan. According to legend, the saint lived 340 years and was buried in the XII century. Among Muslims, this place is considered one of the main stages of pilgrimage to the mausoleum of Khoja Ahmed Yasawi. Arystan-Bab was a spiritual teacher and mentor of Ahmed Yassawi and an associate of the Prophet Muhammad.
After that, you will visit the mausoleum of Gauhar Ana. The daughter of the thinker and poet Khoja Ahmed Yassawi is buried here. She lived in the second half of the XII century and was known for the gift of healing. Residents of nearby areas came to Gauhar for help in getting rid of various bodily ailments. There is a legend that says that an underground passage was laid from the cell of Khoja Ahmed Yasawi to the tomb of Gauhar-Ana.
Arrival in Turkestan. Visit to the park or the children's entertainment center "Sikyrly Keruen".
Entertainment program – water performance Kyz-Zhibek. Overnight at the hotel.
Day 2: Turkestan
Breakfast at the hotel. Departure for an excursion. You will visit the mausoleum of Khoja Ahmed Yasawi. Also here you will see the mausoleum of Rabia-Sultan Begim (the end of the XV century), the Hilovat underground mosque (XII-XV centuries), medieval baths (XVI-XVIII centuries), the Big Hilvet (XII century), the Darvaza Gate (XVII-XIX centuries), Chillakhana (XIV century) and the Juma Mosque (XIX century).
Then you will visit the ancient settlement of Kultobe (XII century). Four most important periods of the history of Kazakhstan are presented here: Kangyu (IV century), early Medieval (VIII-IX century), medieval (X-XII century) and the period of the Kazakh Khanate (XVI-XIX century). You will also visit the historical and cultural center "Uly Dala Eli" (the Country of the Great Steppe) and take part in a pottery master class.
If you want, you can ride camels and take part in an ethnic photo shoot for an additional fee.
Then you will visit the memorial to the 21st Kazakh Khan and the Altyn Samruk flying theater on the territory of the caravanserai, which has no analogues in Central Asian countries. You will also have a sightseeing tour of the caravanserai, which is located on an area of 206 thousand square meters.
Free time. Overnight at the hotel.
Day 3: Turkestan – Ukasha-ata – Turkestan
Breakfast at the hotel. Drive to the mausoleum and the well of Ukasha-ata (47 km, 1 hour). He was an invincible batyr (hero) and a disciple of the Prophet Muhammad. The enemies found out that the batyr was losing his strength only during morning prayer, crept up to him during prayer and cut off his head. The head rolled and disappeared underground. A sacred well appeared in this place. Not everyone can scoop up water here, because it appears only for the chosen ones. They say that if you make a wish, lower the bucket into the well and collect water from there, then the most intimate desire will come true. Free time. Return to Turkestan. Transfer to the airport. The end of the tour.

1 person
820
2 persons
500
3 persons
380
Single supplement
65
Prices are for 2022 in US$ per person, with discounted prices for larger groups available on request.
Tour Request 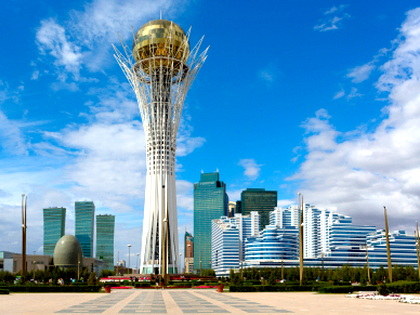 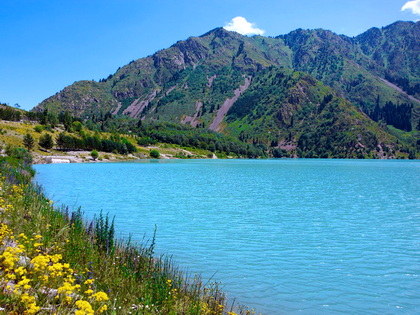 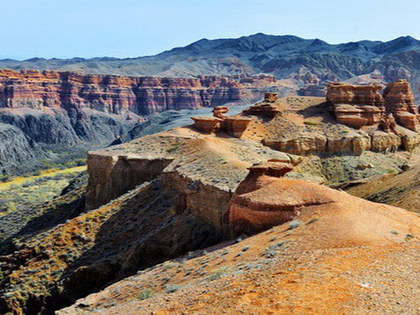 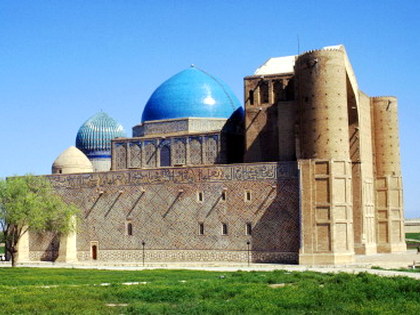 Turkestan Pilgrimage Tour
4 Days | from US$300
Turkestan, Shymkent
All year round | Reviews (0)