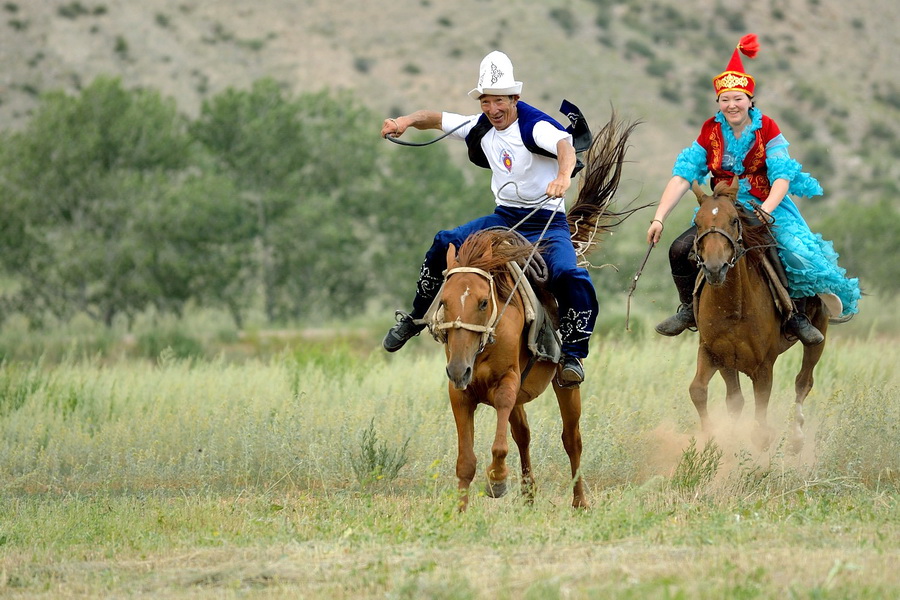 Sports in Kyrgyzstan are more than just recreation; they’re training for life. People needed to be strong and resourceful to survive in the mountains and steppes, and sports helped them gain the strength and skills necessary. Sports also reflect the traditions and values of the Kyrgyz people, and helped them pass on their culture from one generation to another.

The most famous of the sports in Kyrgyzstan are horse games. Kok-boru features two teams of riders fighting for possession of a dead sheep, which they must land in a goal to score points. Both horses and riders must be tough to be able to play, as the game requires a strong will and a high pain tolerance. Riders must also be strong enough to pick up the sheep from the ground or wrestle it from another rider, but dexterous enough to fend off attacks from the other team. Finally, teamwork is essential, and communication is key to winning a match. All of these skills would have been essential to hunting or going to war, and these key skills could be honed while playing kok-boru. 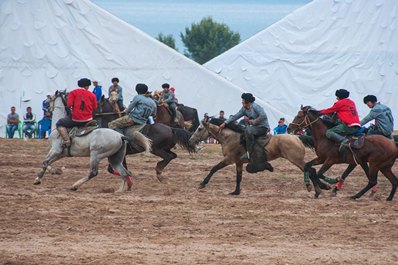 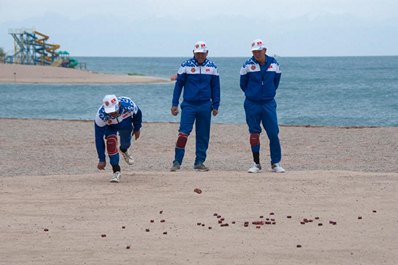 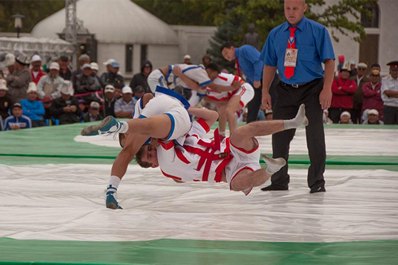 Wrestling is another popular sport in Kyrgyzstan. Here, the connection between sport and survival is a little clearer - strength and agility would be useful in a variety of situations. One type of wrestling, called er enish, involved two riders on horseback, each of whom tries to pull his opponent from his horse. This not only trains the rider, but trains the horse how to behave in a situation where two riders might be fighting (like during a battle).

Hunting competitions helped hone the skills of animals, like birds and dogs. Birds of prey can be trained as hunting aids, but are never fully domesticated (some hunters return their birds to the wild after several years). However, birds can be trained, to a certain extent, and their speed and accuracy can be improved. The same goes for dogs. Taigans, a breed specific to Central Asia, are prized for their speed and usefulness as hunting dogs. Competitions judge animals on their speed and agility, and reward hunters who train their animals to be at the top of their form.

Intellectual games build a player’s capacity to think strategically. Ordo, a game that involves throwing vertebrae in order to hit a target at the center of a circle, simulates the strategy needed to overthrow a khan and win a war. Mangala and toguz korgool, similar to board games that can be found around the world, teach players to anticipate their opponent’s moves.

Games and sports are more than just entertainment or ways to pass free time; they are essential to survival in difficult places. The skills needed to win these games, such as strength, agility, strategy, teamwork and patience, are the same skills that would have been required to survive the long winters or to win a war. Sports in Kyrgyzstan are not only a way to pass the time, but are essential to preserving culture and passing it down across generations.