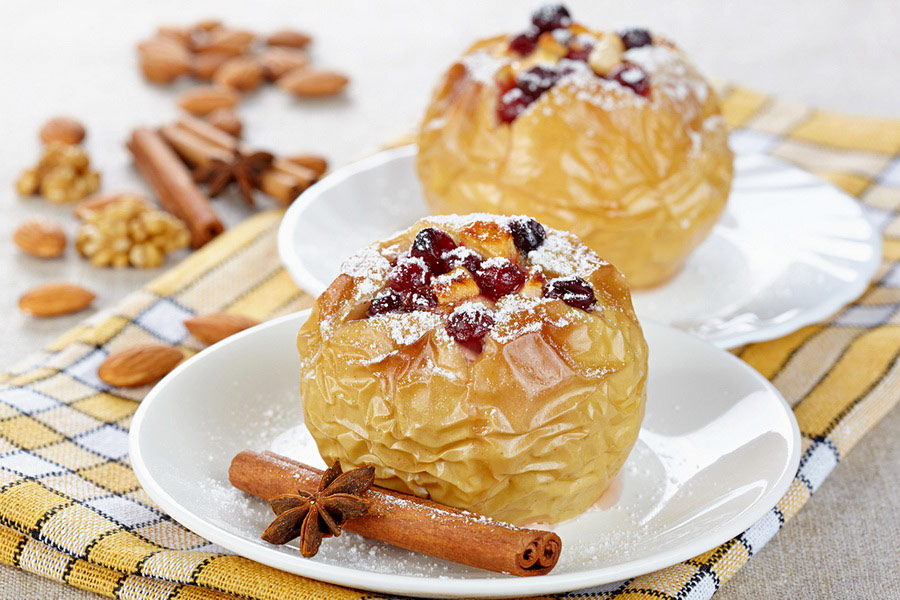 Russian cuisine, like many places around the world, couldn’t exist without desserts. Rich homes traditionally had a practically unlimited choice of russian desserts, since richer houses had chefs and a larger budget for food products. However, even peasants had desserts on their tables.

Many russian desserts were baked, as the oven was a large part of any home. There are a wide variety of baked items in traditional Russian cuisine. Apples, pears and berries would be placed in a think pot and baked, often with a little honey. Carrots and beets could also be thinly sliced and dried for parenki, which were then added to tea.

Another common dessert involved boiled not only sweet fruits but vegetables (such as cucumbers and carrots). To keep the dish from burning, the whole pot was placed in a water bath. The result were chewy bites, similar to candied fruits, that were popular and easy to make even for the poorest of peasants. Also popular are uzvar and kissel, thick juices made from fruit. Kissel is thickened with starch, which makes it taste extra special.

Berries were very popular for desserts, including wild berries. Viburnum, mountain ash, raspberry, and currant would all be gathered and dried in the oven and turned into a thick paste. Lepyoshkas are flatbreads, sometimes with extra greens or vegetables in them, which made them good snacks for the winter or when you had a cold.

There were special desserts in Russia for holidays, such as Easter and New Year’s. Kulich are tall, cylindrical cakes decorated with a white frosting made specially for Easter, and pierogies were a must for New Year’s. Maslenitsa called for all sorts of sweet baked goods, especially blini (thin pancakes similar to crepes) with all sorts of fillings. Each family has their own special recipes, perfected and passed down through generations.