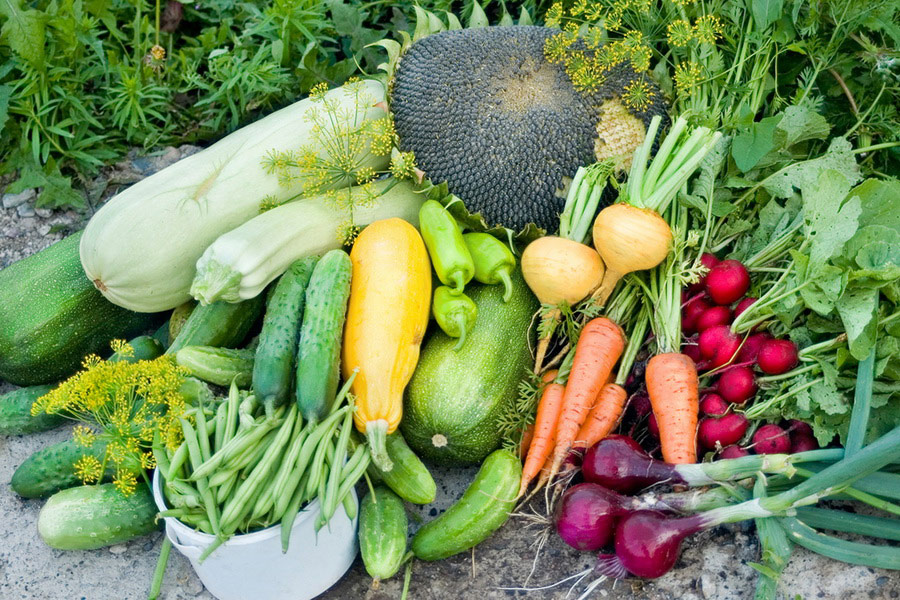 Russian foods are rich in vegetables, since people wanted to make the most of the earth they lived on. Vegetables were also preserved in a number of ways, so that people had plenty to eat through the long winter. Vegetables were also quite popular, since Russians didn’t eat meat while fasting, and fasting could last over 200 days a year.

Peasants usually planted vegetables that they could store for a long time on their own: onions, carrots, radishes, turnips, beets, and garlic were common. Cabbage was also common, as it grew quickly and didn’t require a lot of work to grow.

In the 18th century, potatoes were brought in from Europe, and quickly became a popular vegetable for many dishes. There was a period where the potato was called a second bread, it was so popular among Russians. The tomato arrived in Russia a century later, but it took longer to become popular. It was only after people started to understand how the tomato changed dishes that they started adding it to everything.

A wide variety of vegetables were used in everything from soups to salads, appetizers to pies, meat dishes and fish dishes. The most widespread vegetables are cabbage, potatoes, and beets. Cabbages were used in shchi (there are over 60 types of shchi), sauerkraut, stewed cabbage, borscht, and pierogies, while beets were most popular in borscht, cold soups, and vinaigrette salads.