Russian soups always held an important place in the cuisine. No other cuisine can boast as many types of soups as Russian cuisine, from broths to chowders to more.

These are the main types of Russian soups:

Many dishes from neighboring countries have also become popular in Russia, such as Ukrainian borscht, Belarusian svekolnik, plus soups with dumplings, chicken, and mutton. 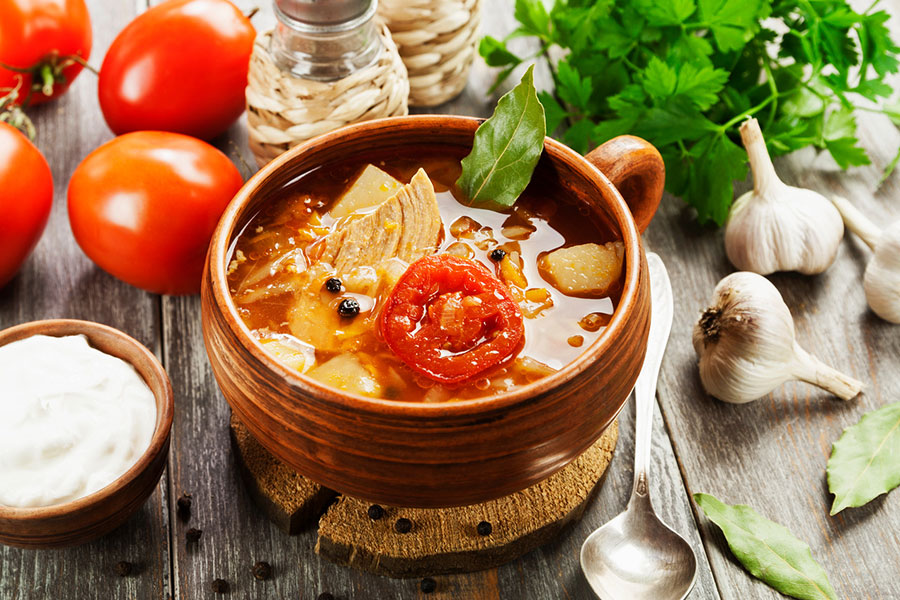 Shchi is the main soup to be found in Russian cuisine. There were some types of shchi that were called “rich”, while “poor” shchi were made from just one cabbage and onion. A richer and more complex shchi usually had six main ingredients: cabbage, meat, root vegetables, spices and garnishes (onion, celery, garlic, dill, pepper, bay leaves, sour cream, apples, or cabbage brine). 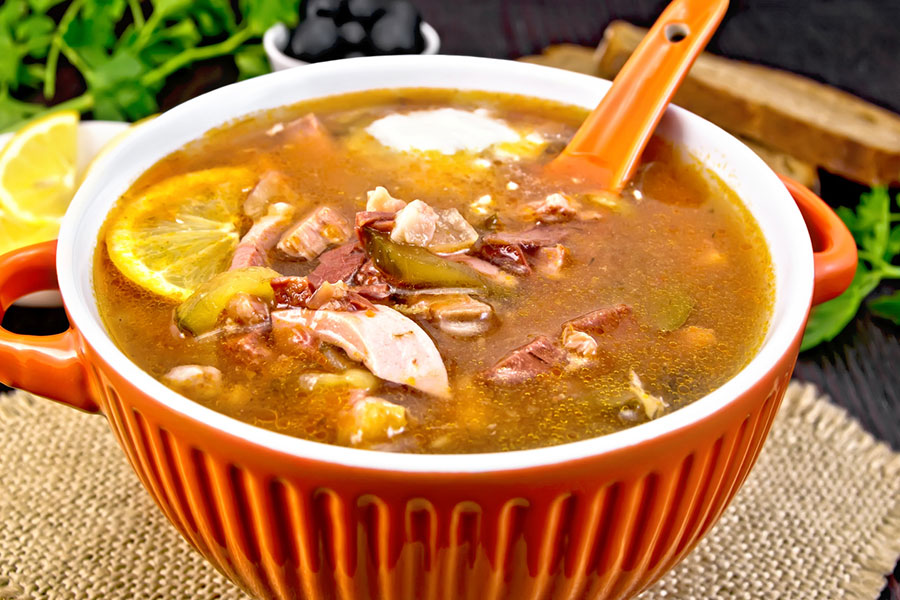 Solyanka is a thick, spicy soup that combines ingredients for shchi (cabbage and sour cream) with pickles and brine. The base for the soup is itself quite strong, since it includes ingredients like olives, capers, tomatoes, lemon, lemon juice, kvass, and marinated mushrooms. There are three main types of solyanka: meat, fish (with several types of meat, fish, and poultry) or mushroom. 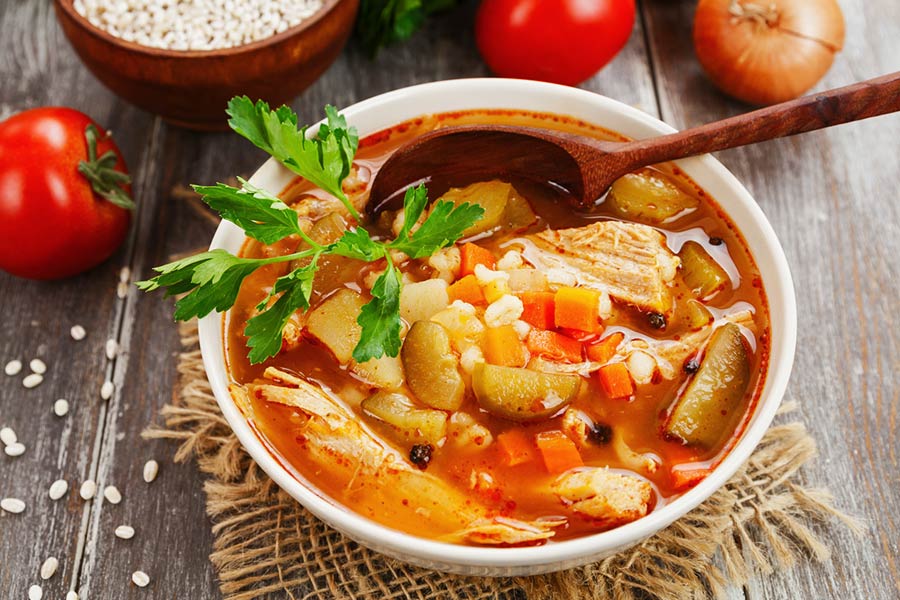 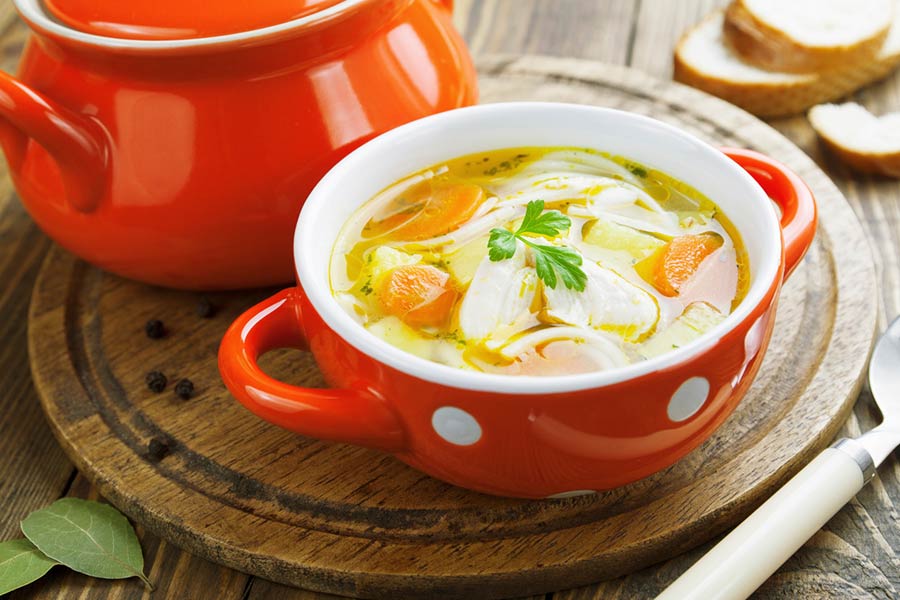 Noodle soups originally came to Russia from the Tatars to the east, but the Russians made them their own and made them popular across the country.

There are three main types of noodle soups: chicken, mushroom, and milk. Making a Russian noodle soup isn’t difficult. The noodles need to be prepared, the broth is brought to a boil, and then the noodles are cooked in the broth. Noodles for all three recipes are made in the same way, with wheat flour, and sometimes with a mix of buckwheat and wheat flours. 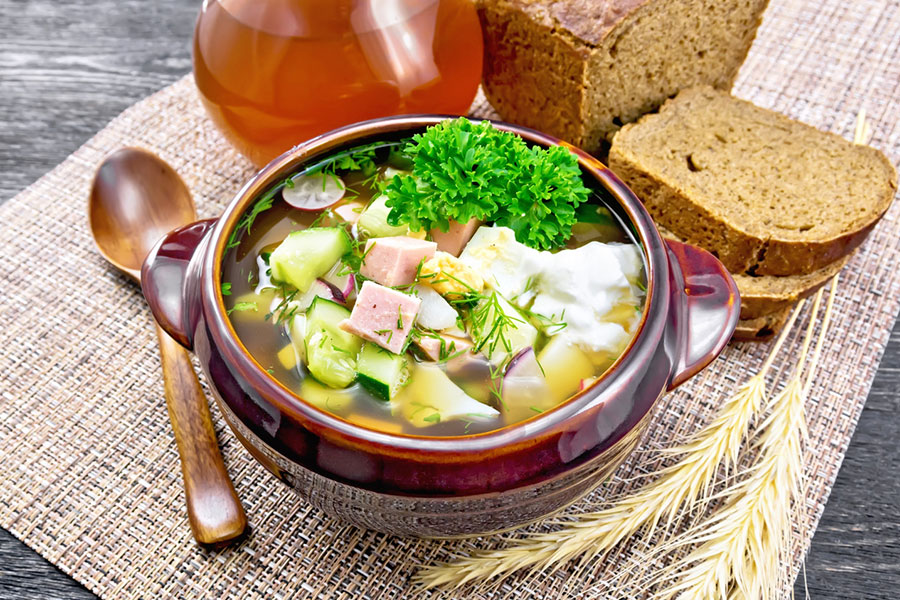 Okroshka is a cold soup made from kvass, with meat and vegetables added. In older versions of okroshka, the meat most commonly used was pork, turkey, or grouse, while later versions feature beef and poultry. Okroshka is a refreshing cold soup for the summer, with lots of ingredients that taste extra good cold.