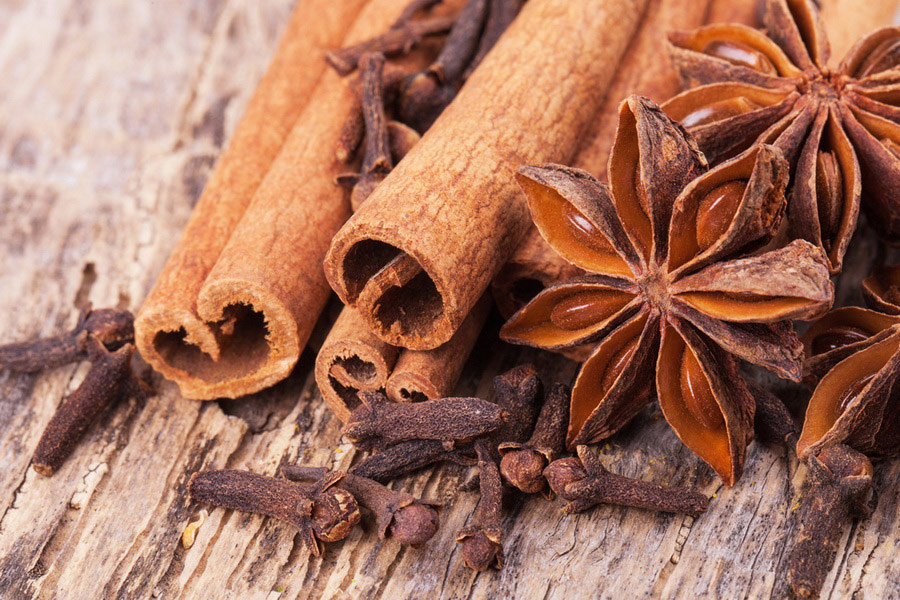 Russian condiments and spices are an amazing combination of smells and tastes which add zest to local dishes. Black peppercorn, mustard, dill, juniper, broths and sauces all serve to augment the foods which comprise local cuisine.

Russian fare is enjoyed the world over, for while most dishes are prepared with basic and minimal ingredients, the palette of tastes is surprisingly diverse. Traditionally cooked in the oven, Russian foods are infused with special flavor through herbs and spices which have been used in local cuisine since ancient times.

Black peppercorns, one of the most common ingredients in Russian food, first arrived to the country from India. According to linguists, the Russian word пряность (spice), comes from the word перистый (feathery), a reference to the taste of black pepper.

By the 18th century, dill had already arrived to Russia and begun its slow, silent invasion into local cookery. Today it remains a key ingredient for many soups, salads, marinades and other dishes.

When speaking of spices grown in Russia, a famous Russian spicy mustard called Saratepa cannot be overlooked. According to legend, after Catherine the Great treated the governor of Astrakhan to English mustard, he promised the queen that he could grow an even better local version. The governor proceeded to cross the English and French varieties to create the Sarepta mustard. Local mustards are used almost exclusively for cold appetizers and sausages, and many Russians still recall the infamous Soviet “sausage restaurants" where the crowning dish was a sausage smothered in mustard and squash caviar.

One of the most traditional Russian condiments and spices is juniper, namely juniper berries, which are used to prepare sauerkraut or added to salted fish and wildfowl dishes for extra seasoning. Another commonly-used relish is horseradish, which has maintained its place of honor as the main condiment at the dinner table for years. Horseradish is also added to sour cream to be served alongside fish and meat dishes and is believed by some to stave off cold and flu symptoms.

Broths and sauces are widespread in Russia. Sauces generally take the form of a vegetable-based gravy made from onions, cabbage, lingonberries or cranberries and are served to complement beef and fowl. Zabelka is a cream-based gravy used in both hot and cold soups.