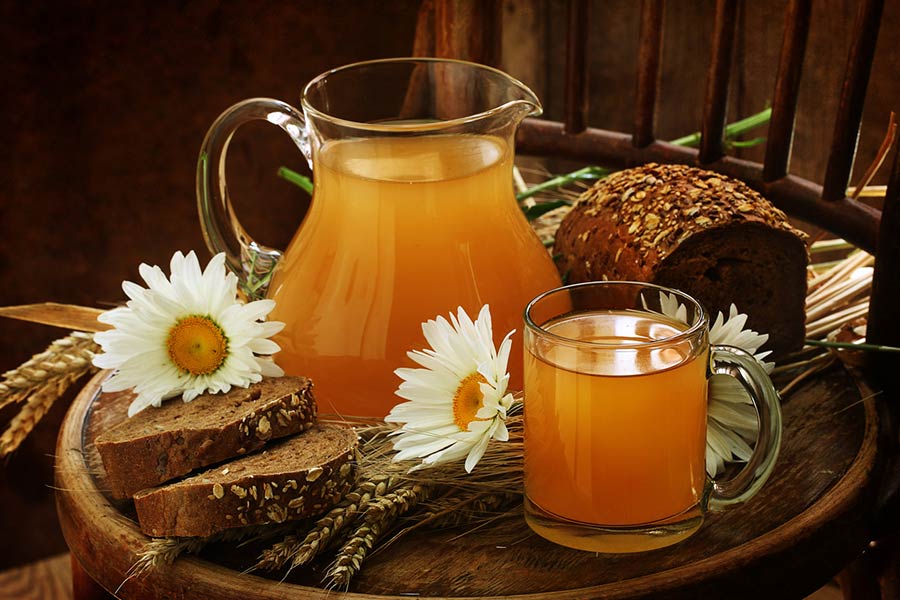 Almost all traditional Russian drinks are original and not found in other places. Sbiten, kvass, mead, and mors are traditional drinks that are unfortunately less popular today. Sbiten, for example, was popular until tea was introduced in Russia.

To make sbiten, honey is boiled and added to spices and juices. Sbiten is a hot drink, so it’s usually only made in winter.

Mead is an old alcoholic drink, made of berry juice, honey, and vodka.

There are several types of mors, with each made of berry juices mixed with different proportions of water, and left to ferment just a little.

Kvasses are some of the most widespread and popular drinks in Russia, especially since there are many different types of kvass. Kvass starts with water, flour, and molasses, which forms a leaven that is diluted with water. Then, yeast, sugar and other ingredients are added, and the mixture is left to ferment. Fruit and berry juices are also quite often added for flavor.

The main Russian alcoholic drink has always been vodka ever since it appeared in the 15th century. Vodka is made from grains and purified spring water. The father of Russian vodka is Dmitri Mendeleev, who said that vodka should be exactly 40% alcohol. This strength means that there is a uniformity to vodka, it doesn’t burn, and it warms the body a little as you drink it. Traditionally, vodka is chilled and served with caviar, pickles (included pickled cucumbers, sauerkraut, and pickled mushrooms), and other spicy or fatty dishes.