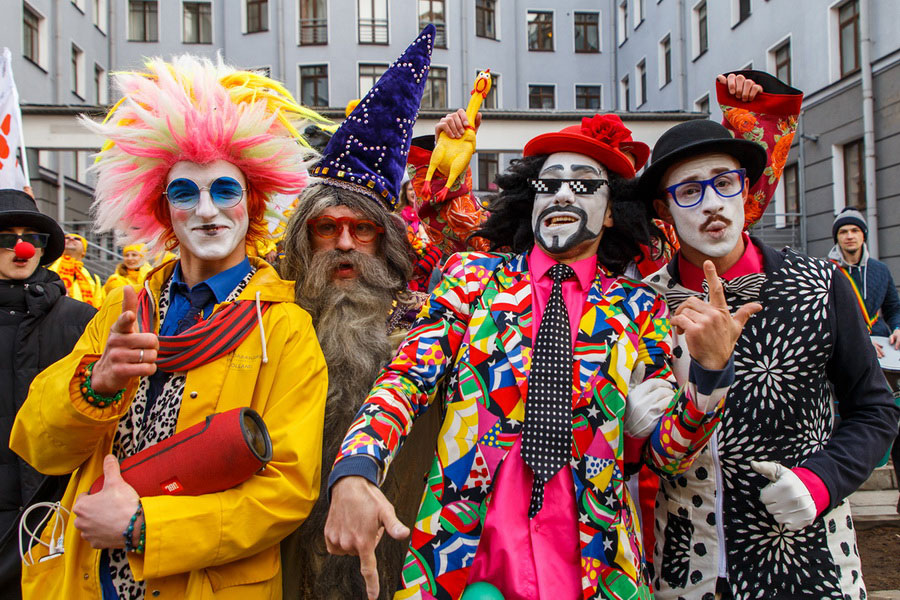 This holiday is not marked in any traditional calendar of the world. Nevertheless, some people love it and wait for it the same way as New Year’s Day. This is the International Day of fun celebrated on April 1. Well, historically it was the New Year’s Day that can be blamed for the beginning of the Fool’s Day. When in the 16th-century France they decided to transfer the New Year’s Day from April 1 to January 1, the first funny practical jokes came. The French did not want to part with the old date of the holiday and decided on this day make fun of especially important and serious figures, sending them empty gift boxes or funny souvenirs. This is the official history of the holiday. However, each nation has its own prototype of this merry celebration: the Italians - a funny spring dedications to the gods, the Greeks - the ancient days of spring, the Indians - the annual spring day of jokes, etc. In Russia, too, they have always respected the good humor and a healthy laughter. In the first warm days (which approximately begin in the beginning of April) the ancient Slavs went out to "scare" the winter away. They dressed in animal skins, wore masks and staged noisy presentations accompanied by laughter. Well, the actual April Fool's Day was first introduced by Peter I. Since then, this unofficial holiday in Russia has been adored both by adults and children. To mark April 1 in Russia means charging with positive emotions for the upcoming year. Perhaps it is only in this country that they treat humor so "seriously" and cannot imagine the holiday without the funny practical jokes. The joke might be kind, funny and even extreme, if you want, but in the end it all should end in laughter with tears (of joy, of course). Besides, on April 1 in Moscow and other Russian cities they arrange various comedy shows and concerts, which are worth visiting in order to experience unforgettable pleasure.

April Fool in Russia   This holiday is not marked in any traditional calendar of the world. Nevertheless, some people love it and wait for it the same way as New Year’s Day. This is the International Day of fun celebrated on April 1.
Russia
Russia