Day of Spring and Labor in Russia 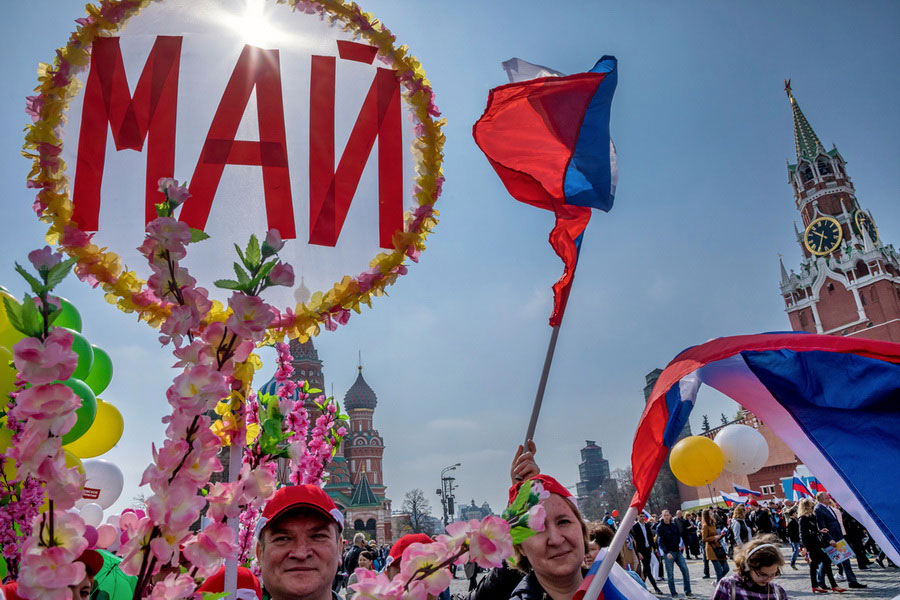 This is the new name of the Soviet May Day holiday, which was perhaps the most Soviet of all, as it was the personification of the proletarian spirit and was celebrated mainly in the countries with communist regime. May Day was indeed a proletarian party. In 1889 in Paris, the workers decided to hold the annual May 1 workers' demonstrations for their rights. The following year, this date was marked in Germany, Belgium, Denmark, Spain, Italy, USA, France, Sweden and other countries, and another year after the May Day demonstration was held in Russia, and became traditional for as long as 70 years! For all the citizens of the Union May Day celebrations were a welcome and joyous event. The center of it was the grand parade: thousands of workers in columns passed through the main square bearing the portraits of the Communist Party leaders and shouting slogans like "Peace! Labor! May! "Afterwards they hastened to the city parks to enjoy music, ride merry-go-rounds and have a snack in a cafe. Today, the May Day acquired a new name but it hasn’t lost the optimistic spirit and festive attitude.

The Russians continue to celebrate associating it not with labor solidarity, but with the advent of spring and awakening of the nature. It is season when long-awaited warmth and sunny weather arrive in Russia, so it’s impossible to sit still at home, especially when fun and excitement reign outside. The guests and residents of the capital have an especially rich selection of holiday entertainments: most parks are open for adults and children inviting to plunge into the whirlpool of entertainment and attractions: rides, theaters, movies and concerts ... But the most favorite pastime of Russians in these warm days have always been hikes with picnics. In the past such suburban outings used to be called "May Day Rally". All around Moscow there are many picturesque places favored by the townspeople who go there to put a tent, roast barbecue, enjoy outdoor meals, fishing, sunbathing, playing ball and just gave fun!

Spring and Labor Day   The Day of International Solidarity of Workers was an overtly political observance which was celebrated as a "Holiday of Workers" in the recent past. These days, however, the holiday has become an excellent excuse for a spring vacation both in Russia and in neighboring countries.
Russia
Russia