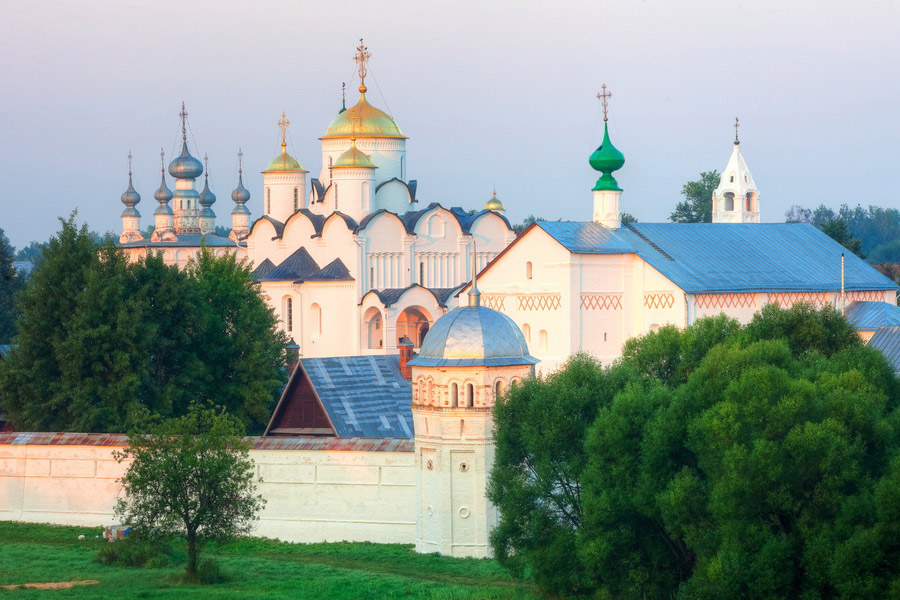 Tours, Attractions and Things To Do in Suzdal

The people call Suzdal the heart and soul of the Golden Ring. The open-air museum is another name for this glorious city where the small area comprises more than 200 ancient monuments. The colorful Suzdal is one of the few genuine Russian cities that manage to preserve the charm of antiquity, the unique spirit of Slavic traditions, the stunning architecture and the warm aura of the holy places. The history of the city dates back to the 11th century. Suzdal was built on the river (Kamenka) as a fortress. The powerful fortress - the Suzdal Kremlin - was the beginning of a new city. In 1024 the Suzdal was first mentioned in the chronicles. And no wonder, because at that time it became a large and developed city in the northeast of Kievan Rus. In the middle of the 11th century it reached its zenith and became the capital of the Rostov-Suzdal principality. Yuri Dolgoruky became the first Prince of Suzdal. But his successor, Andrew Bogolyubsky, moved the capital to Vladimir principality. Then Suzdal suffered from the Mongol invasion. The next stage in the life of Suzdal was its entry into the Moscow principality in the end of the 15th century. The beginning of the 16th century brought a lot of tribulations to Suzdal land. In 1608 and 1611 the city was twice occupied by the Poles. In 1634 the city suffered devastating raids of Crimean Tatars, then the devastating fire in 1644 destroyed the entire western part of the dwelling, and in 1654-1655 the epidemic of “pestilence” turned the city into a wasteland. In the 17th century the city saw intensive construction. Erected at that time were all current complexes, the best of which are the ancient Kremlin, the Intercession and Savior Efimyev monasteries.

The history of Suzdal is full of tragic pages, but the surprising thing is that every time the city rose from the dead and shone even more beautifully than ever. Perhaps the reason is that Suzdal is the holy land, full of monasteries and temples. In the 14th century the city had eight monasteries and at least forty churches. In the end of the 18th century Suzdal became the main town of Vladimir region. And in the last century Suzdal draw the attention of the entire world thanks to its unique monuments of Central Russian architecture.