Uzbekistan on the Silk Road

The cities of modern Uzbekistan sparkle under the bright sun like pearls scattered along the Silk Road. The country is especially rich in historical artifacts. Life always boiled there, new cities emerged older ones quickly grew, trade and crafts developed. All of that was possible due to the country’s favorable position in the picturesque oasis right in the center of the Silk Road routes.

By the way, it was probably because of the riches of ancient kingdoms which existed on that territory that the Silk Road appeared at all. Let us recollect the history: the first Chinese who crossed those lands from north to south, namely Dayuan, Kangyu, Sogdia, and Bactria, was Zhang Qian. The Ambassador of Chinese Emperor told his master about the prosperous and hitherto unknown kingdoms in Fergana, Samarkand and Bukhara (all of them on the territory of now Uzbekistan) and Balkhab (now Afghanistan). Among other things he mentioned the magnificent Fergana heavenly racers – big, strong and fast. For the military ambitions of Chinese those horses were the valuable find. It was the attempts to get those horses that started trade on the Silk Road. 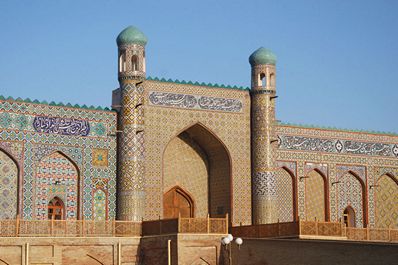 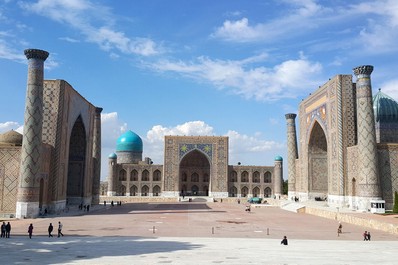 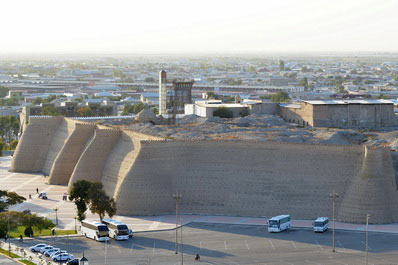 The first caravans on the Silk Road appeared in 138 BC when China opened its borders for trade. In the 4th century Sogdians established their trading colonies along the trade routes leading to China. They existed along the entire eastern line of the Silk Road from Samarkand to Xi'an in China.

One of the main roads crossing Asia from east to west started in Xi'an, the capital of ancient China, and followed to its northwest borders along the Gobi desert, across Tarim Basin, and then it crossed Eastern Turkestan. Having crossed the Tien Shan part of caravans went across Fergana Valley and Tashkent oasis to Samarkand, the capital of Sogdiana, Bukhara, Khoresm and further to the Caspian Sea coast. Some caravans from Samarkand headed to Bactria and after crossing the Kashkadarya River valley reached Termez. From there after crossing the Amu Darya they went to the South to Bactra and India. 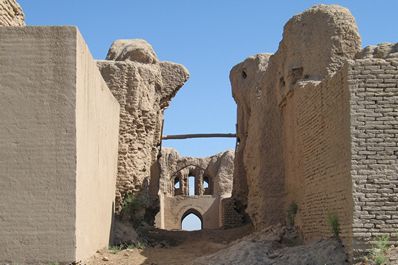 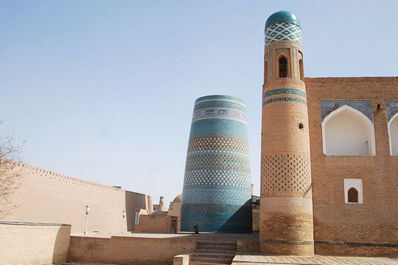 Another branch of the road from Tarim went around the Taklamakan desert from the south and after passing Khotan and Yarkand led to Bactra (northern Afghanistan) and Merv. From there through Persia and Syria it reached the Mediterranean, so the part of the goods got to Rome and Greece by sea.

In this way such known Uzbek cities as Samarkand, Bukhara, Khiva, Tashkent, Termez, Urgench, and Fergana served as land beacons along the Silk Road. The blossoming oases cities growing along the Silk Road became international transshipment points and were considered the vital centers of trade, crafts, and cultural exchange.

The advantageous position of the cities made them attractive to various conquerors. The territory of modern Uzbekistan was conquered a number of times by various aggressors. But the destroyed caravan roads were revived, and the settlements and cities along them were built with well-groomed gardens and arable fields; the memory of that is stored in the ancient walls of Samarkand, Bukhara, and Khiva. The ancient cities rich in fine architectural monuments preserve the memory of many centuries.