Landmarks and Attractions of Tajikistan

The ancient land of Tajikistan is famous for its architectural monuments, natural beauty and unique sights. There are many picturesque crystal clear mountain lakes in Tajikistan, towering snow-capped peaks, thousand year-old fortresses, mausoleums and mosques. Tajikistan combines the magic of ancient history with the intense beauty of some of the world’s tallest mountain ranges.

The main architectural landmarks and attractions of Tajikistan are concentrated in the west of the country: the monuments of Khujand, Istaravshan, Penjikent and Dushanbe. Most of them are connected to important trade routes that passed along the main rivers of Central Asia, the Syrdarya and Amudarya. Indeed, the Great Silk Road played an important role here.

In Khujand, you can see the ancient Khujand fortress that since been turned into a history museum; you can also visit the Panchshanbe Bazaar and the Mausoleum of Sheikh Muslikhiddin, located nearby. Istaravshan has one of the oldest landmarks and attractions of Tajikistan, the Khazrati Shoh Mausoleum. Excavations of the ancient settlement of Sarazm and other monuments can be found in Panjakent.

It is hard to picture Tajikistan without the Hissar Historical-Cultural Complex, located 20km away from Dushanbe. The famous Hissar fortress is there, alongside the Kuhna Madrasah and many other medieval monuments.

Most of the modern landmarks and attractions of Tajikistan are gathered in the capital city, Dushanbe. The main landmark is Dusti Square, with a monument to Ismail Somoni, the Stele of Independence, and several other monuments. It is also worth mentioning the Museum of Antiquities, with a collection of thousands of exibits that tell the history of Tajikistan; a sculpture of Buddha in Nirvana, a replica of an ancient statue found in southern Tajikistan, stretches across 13 meters (42 feet).

The mountains and lakes are the best natural sights of Tajikistan. 93% of the territory of the country is located in the mountains, meaning that there is no shortage of territory to explore. The highest peaks reach over 7000 meters (22,965 feet) and the total number of lakes exceeds 2000. There are also amazing valleys, waterfalls, mineral springs, glaciers and other sights hidden among the peaks.

Lake Iskanderkul is one of the most striking sites in Tajikistan. This gem is hidden in the depths of the Fann Mountains in western Tajikistan, though it is not difficult to get there – only 3-4 hours by car from Dushanbe. Iskanderkul is surrounded by cliffs and mountains, making it a unique place to visit.

The most famous and most stunning places in Tajikistan are in the Pamir Mountains. The Pamirs are one of the highest mountain ranges of the world. In the Pamirs, one can find rough landscapes, wild rivers, huge glaciers and snow-capped mountain peaks. In addition, there is a semi-extreme road, the Pamir Highway, perfect for thrill-seekers.

Tajikistan nature can also boast a number of mineral springs such as Garm-Chashma, the high-mountain Karakul Lake, and the Seven Lakes, that descend cascaded down a gorge not far from Panjakent.
Any traveler can find something for their ideal vacation in Tajikistan. From ancient cultural monuments in Khujand and Panjakent, to the towering peaks and clear lakes of the Pamirs, Tajikistan is sure to leave life-long memories with any visitor. 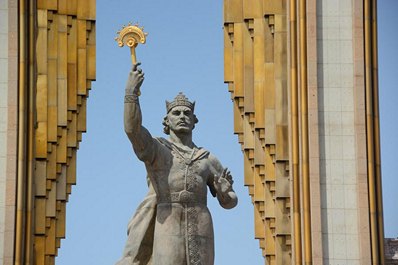 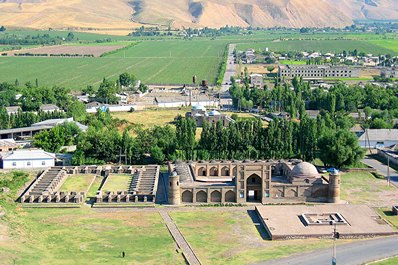 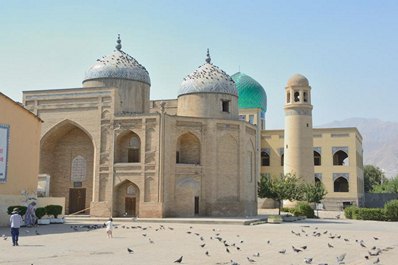