Akhmad ibn Khafs al-Kabir al-Bukhari was born in the Bukhara village of Fagsodara in 767. He left for Bukhara for his trip to Baghdad already in his young age in order to study theology and Shariah law from the Imam Mukhammad ash-Shaybani. Ash-Shaybani was a student of a legendary Imam Azam Abu Khanifa, the Hanafi school (one of the four Sunni Law Schools) founder.

With the time Abu Khafs Kabir became one of the main theologians of the Islamic East. The Holy Imam is the author of a series of books on Islamic law including “Al-Akhvo val ihtilof” (“Flippant agreements and disagreements”), “Ar-Raddu alal-lafziya” (“Repulse to those looking above”) and many others. Returning to Bukhara, he shared his knowledge. It is considered that it is thanks to him that Bukhara started to flourish in spiritual and secular sciences and imams and scholars became respectable people. 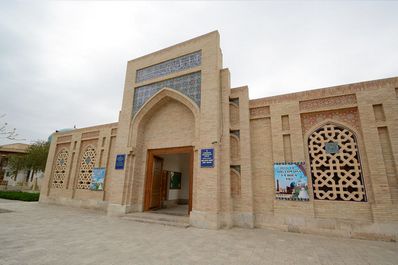 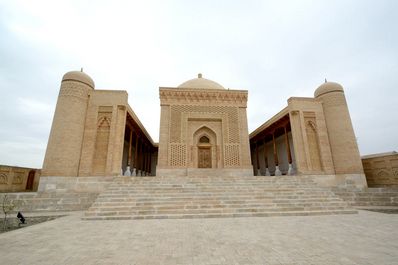 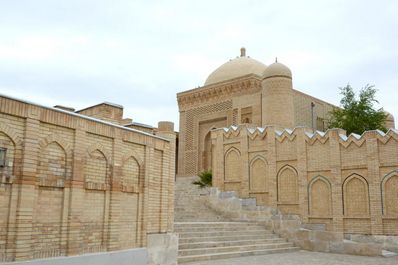 Imam Abu Khafs Kabir became the founder of the Hanafi school in Mawarannahr (Transoxiana) and launched the first medrese of the Hanafi stream in Bukhara. There is a legend that when a holy sheikh was walking to a medrese through Bukhara market, then the entire noisy bazaar would respectably keep the voices down. The school where he was teaching, where later his son and grandson were teaching too (according to the legend, his wife was also teaching the female students) was the place where students from around the world were striving to be accepted.

Among famous followers of Imam Abu Khafs Kabir - Imam al-Bukhari is one of the most respectable figures in the Islamic scientific world, the author of the monumental collection of reliable hadith “al-Jami as-Sahih”.

Bukharians knew that the holy imam Abu Khafs Kabir would always respond to one’s requests for help regardless who it was coming from: from emir or a common citizen. Thanks to this, imam was called Eshoni Hojat-baror (“Ishan, resolving problems”). Bukhara dwellers would come to him for advices and directions through the gates in the north-west part of the Bukhara wall that later were called “Gates Hakk rakh” (road to truth). Even the whole district was called the same. 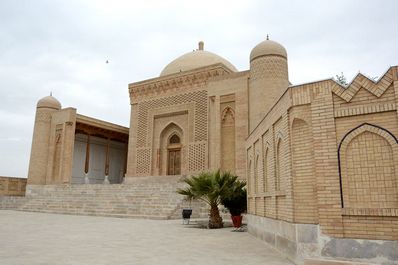 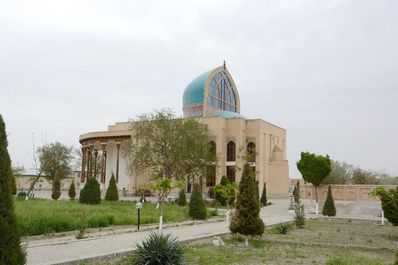 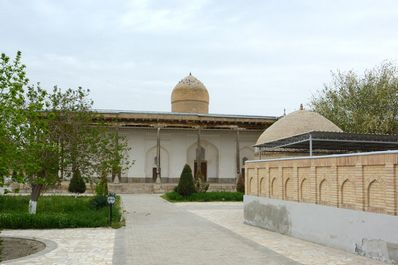 Akhmad ibn Khafs al-Kabir al-Bukhari passed away in 832. Bukhara city tales state that where there is a memorial complex of Abu Khafs Kabir Bukhari on the hill, there is also a burial place of Afrasiyab, the legendary king of Turan. The tomb of imam in the district of “Hakk rakh” turned into a place of pilgrimage of believers who are assured that prayers read in this holy place possess a special force. Interesting to note that the tomb of imam Abu Khafs Kabir made in the shape of a cube adorned with semi-sphere dome, architecturally reminds of the mausoleum of Samanids. And it was the son of Abu Khafs Kabir named Abu Abdallaha ibn Abu Khafs al-Bukhari who assisted the ruler of Bukhara Ismail Samani to come to power. Like his father he was a scientist, respected and influential figure in the holy city of Bukhara.

In the times of Communism, the burial place had been destroyed as many other monuments in the region. Memorial complex including the mausoleum of holy imam Khafs Kabir was restored in the years of independence and continues to remain the place of pilgrimage. Mausoleum of Khafs Kabir is frequently visited by groups’ of travellers from around the world who are on the Sufi tours.