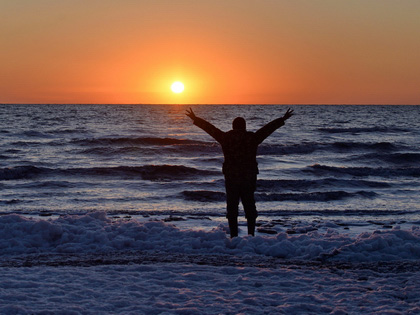 Explore the beautiful sights of western Uzbekistan, from the Ustyurt Plateau and the Aral Sea to Muynak, with its ship cemetery, to the large collection of Russian avant-garde art at the Savitsky Museum.

Plateau Ustyurt - Desert Between the Caspian and Aral Seas

Ustyurt is a plateau in Kazakhstan and Uzbekistan, located between the Mangyshlak and the Gulf of Kara-Bogaz-Gol in the west, the Aral Sea and Amu Darya delta in the east. The Ustyurt Plateau is a clay and stony desert with the total area of about 200 000 km². Also, there are areas of sandy desert. Very often Ustyurt is called the boundary separating Europe from Asia. The Ustyurt Plateau occupies a huge area between the Aral and Caspian Seas, and has a characteristic feature: the escarpment, a steep inaccessible slope with the height of about 150 m (the East Escarpment facing towards the Aral Sea, reaches 190 m). According to scientists, Ustyurt is the bottom of a dried-up sea, which existed here in the early and middle Cenozoic Era (21 million years ago). 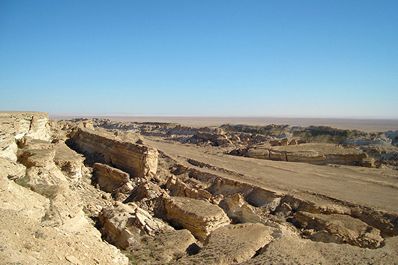 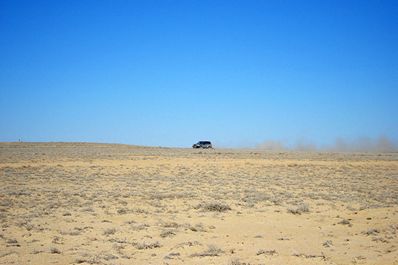 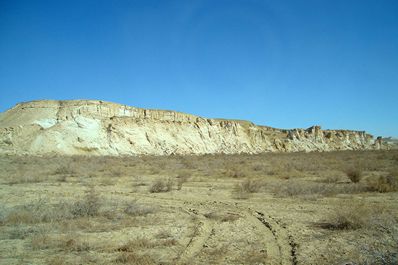 This is evidenced by shell traces in the limestone, as well as ferromanganese nodules like billiard balls scattered across the plateau. These balls were formed on the bottom of the sea, and then, as more resistant to weathering, they left on the surface while other limestone and dolomites were eroded by water. Flat desert terrain broken by chalk deposits in the form of rocks and random cracks looks like the Martian landscape of Hollywood films and it seems that by an incredible chance you explore a different, unknown planet.

The Ustyurt Plateau is especially beautiful during sunrises and sunsets. The chalk rocks are an impressive picture at sunrise and sunset, when the white rocks are painted in purple colors. At first sight you may overlok flora and fauna of the Ustyurt. Gradually, getting used to the unusual weather conditions, you can see colonies of gerbils, ground squirrels and jerboas. This area is inhabited by many birds of prey, vultures and eagles, who proudly sit on the rocks of escarpments. You can also meet the saiga, although it is doubtful whether you succeed to make a photo of these shy and very fast animals. But travelers can take a picture of Ustyurt argali in their natural habitat. The presence of wild horses in the Ustyurt is the most surprising. People say that in former times there were farms of Kazakh nomads, but the horses became wild, and settled down on the plateau, where live so far.