This low mountain ridge with the highest point of 2169 m (Khayatbashi Mount) stretches from east to west in the central part of Uzbekistan, from Djizzak to Nurata, which gave its name to it. Despite the low heights, Nurata Mountains are full of rocky areas with stones of various shapes and structures. The remarkable fact is that there is no road through the ridge, and to get from Samarkand (the nearest large city) to the villages, scattered on the northern slopes, one has to take a long way round by Namangan or Nurata. 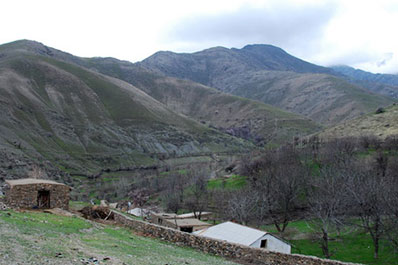 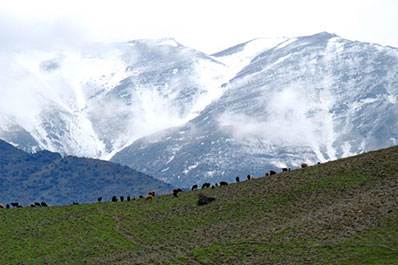 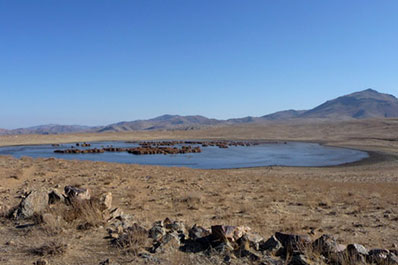 Snow on the Nurata mountain slopes does not keep long and virtually completely disappears by mid-spring. Despite the proximity of the Kyzylkum desert the climate in the mountain gorges is moderately continental. The flora and fauna with their own endemics are rather rich. The most famous local inhabitants are the Severtsov’s ram, black vulture, golden eagle, etc. Early in spring the Nurata Mountains slopes are covered with the Korolkov’s tulip, Turkestan tulip, eremurus nuratavsky and other flowers, rare and entered into the Red Book. In 1975 there appeared the Nurata Reserve, which occupied the whole central part of the ridge.

This region will be mainly interesting for tourists as an object of eco-and ethno-tourism. Remoteness from major cities, highways and industrial facilities helps to preserve the environment intact on the northern slopes of Nurata Mountains. The thin population of the area, where the majority of residents is engaged in agriculture contributed much to such conservation. Guest houses in Sentyab and other mountain villages are an excellent opportunity for you to get acquainted with the lifestyle of the locals. In addition, close to the villages there are historical sites and natural attractions that you can visit within one of the rural tours.