In the southern part of Uzbekistan there is the country’s high-mountainous region –Hissar range. The major part of this mountain system is located in Tajikistan, but its highest point, found right on the border of these states, is the highest peak (4643 m) of Uzbekistan (its former name is Peak named after ХХII Congress of the CPSU, but now nameless). In addition, the territory of Uzbekistan has a few other four-thousanders. The landscape type changes from east to west – hilly slopes gradually transform into colossal rock massifs. 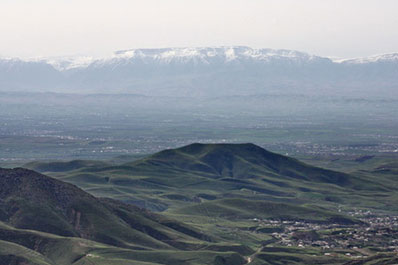 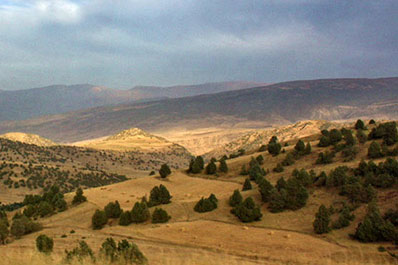 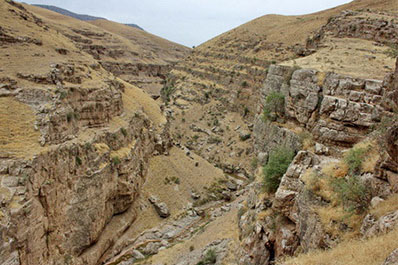 Along with that, for millions of years, the mountain rivers of Hissar range cut huge canyons in the ground. In the center of the Uzbek part of Hissar range there is the same-name Hissar Reserve (the largest in Uzbekistan), inhabited by the animals listed in the Red Book: the Tien Shan brown bear, snow leopard, Turkestan lynx , golden eagle, kumai and so on. Flora is also rich featuring juniper, maple and ash groves, as well as vast grasslands with different kinds of herbs and flowers.

Besides, Hissar range is extremely rich in historical and natural sites, but due to the remoteness from the main tourist routes and poor infrastructure, they are not popular. The most famous Hissar sites are Tamerlane cave, Teshik-Tosh cave, picturesque Baysun village, modern Alpine observatory Maidanak. In addition, the travelers will be interested to visit the picturesque Kulasay canyon and see fossilized dinosaur footprints and a host of other things.