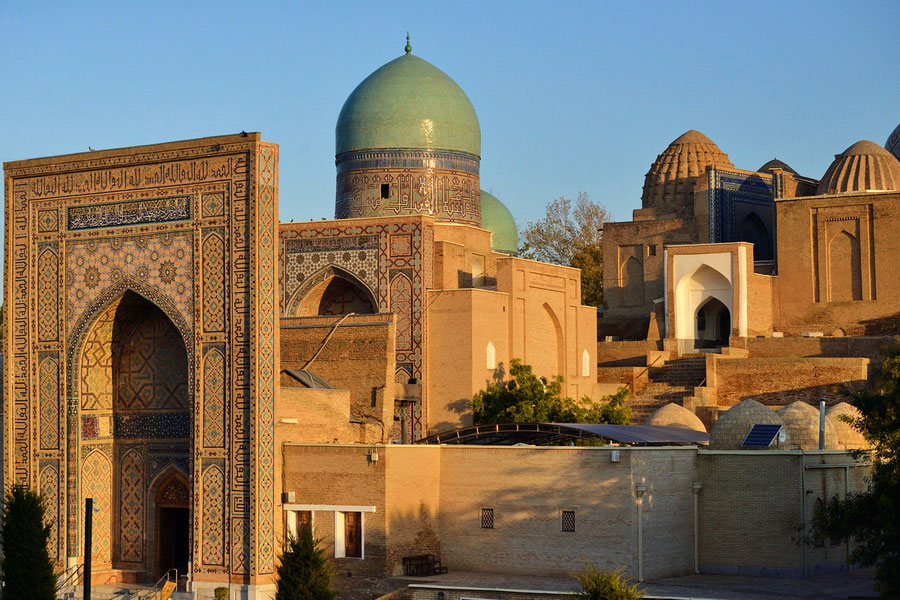 Not far from Bibi Khanum mosque there is one of the most mysterious and unique architectural monuments of Samarkand, Shakhi Zinda complex. It consists of rows of refine sparkling blue colors tombs. Harmoniously combined in a lively and moving composition, various mausoleums are grouped along the narrow medieval streets. Shakhi Zinda consists of eleven mausoleums, which were built one after another in 14 - 15th centuries. 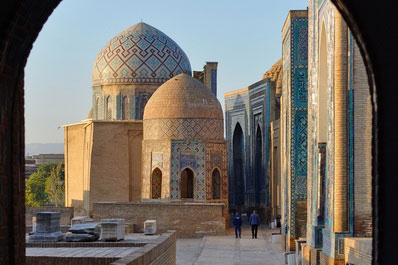 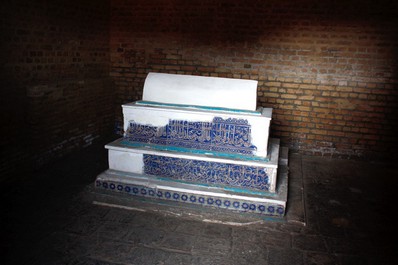 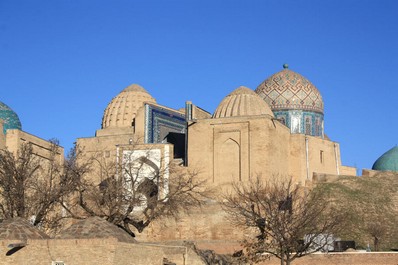 A unique ensemble of ancient tombs (1370-1449 years) is located near Afrasiab settlement. It is also called "Street cemetery". Building of mosques and mausoleums of XI-XV centuries oddly stretched on both sides and their blue domes look like an elegant necklace from the top.

Shakhi Zinda is the burial place of royal persons and nobles. But the main mausoleum from which the necropolis starts seems to be the imaginary grave of Prophet Muhammad's cousin, Kusam ibn Abbas. The complex was called "Shakhi Zinda" that means in Persian "The Living King". He was one of those who preached Islam in that region. Later the Complex became an important pilgrimage centre that was revered by the people as sacred.

In accordance with a legend, Kusam ibn Abbas came to preach in Samarkand in 640, spent there 13 years and was beheaded by the Zoroastrians during his prayer. 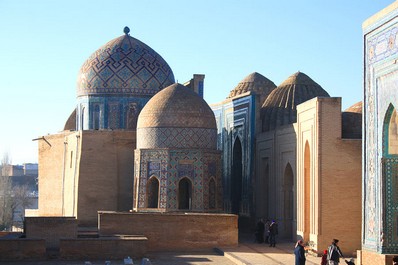 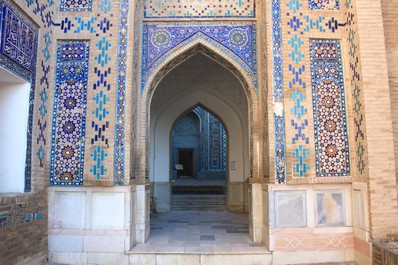 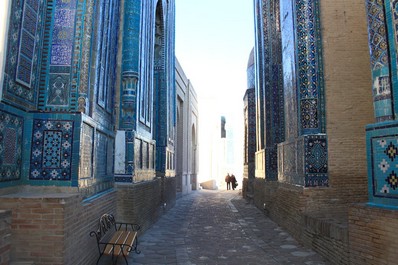 The grave of Kusam ibn Abbas attracts to Samarkand many adherents of religious or spiritual tourism, because even in the Middle Ages, a pilgrimage to the grave of "The Living King" was equated to Mecca hajj. According to a legend, water source at the grave possess healing power.

All mausoleums complex Shakhi Zinda form a single composition. Each of them is a square building with a dome, the entrance to which is highlighted by a portico. Is rich in architectural decoration of buildings, which are used irrigation bricks, majolica tiles, carved mosaic.

The last construction is the main entrance to the crypt Shakhi Zinda, which completes the whole ensemble. The inscription on the main entrance reads: "This magnificent building created Abdulazizhanom-son Ulugbek-Guragana, son of Shah Rukh, son of Amir Timur-Guragana in 838 year (1434/35 AD). After rising to 36 steps, you will find yourself on an open gallery. Here the left and right are crypts - the mausoleum of Tamerlane's relatives. The gallery ends with a round courtyard with a vaulted arch. Under it, on the right there is an ancient carved door, which leads to the main shrine of ensemble Shakhi Zinda - Mausoleum of Kusam ibn Abbas, a cousin of the Prophet Muhammad. There is a legend about him as the Shakhi Zinda, the Living King. 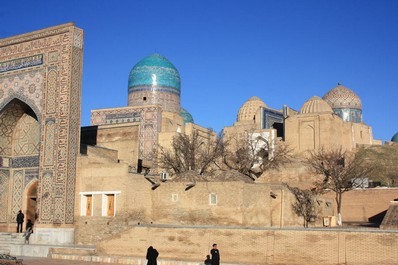 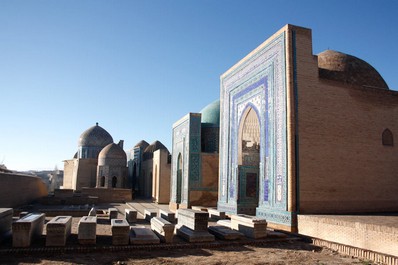 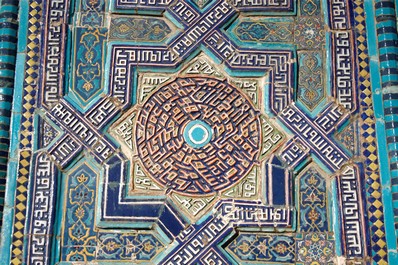