The great age of the city is designated by artifacts found on the sites of excavations. Traces of ancient settlements can border with urban new buildings and be just a clay pile for uninitiated. But it takes only to dig deeply (literally) and you may “hear voices” of millennium-old history. Tashkent has preserved some sites of ancient settlements: Aktepa, Ming Urik and Shashtepa. 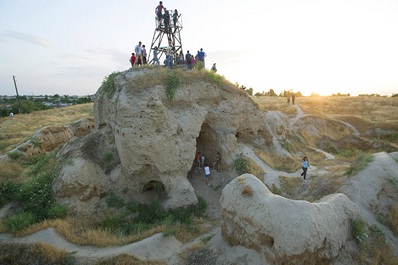 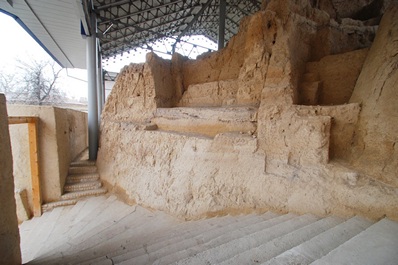 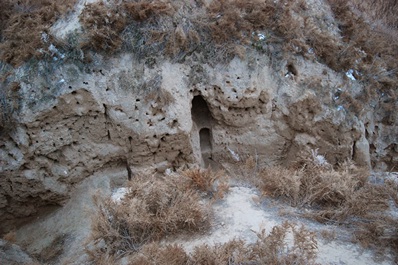 Aktepa Yunus-Abad (“ak-tepe” in Turkiс means “white hill”). Today it is the largest place of excavations. First excavations of this area were in 1948. Archaeologists led by the Doctor of Historical science V.A. Shishkin found Chach coins and foundations of ancient buildings. Aktepa is the highest point of Yunus-Abad district in Tashkent. By turn, Yunus-Abad is the highest region of the city. So if you climb the hill of Aktepa, you will see Tashkent in full view. But there are few men who know that this hill is the remains of the fortress, built in the 5th century AD. It has protected Tashkent against invasions from the north up to the 8th century.

According to archaeological researches there was also the most ancient Zoroastrian temple in the past. Many researchers believe that the Zoroastrianism was born here, and first written notes about Tashkent (in the past it was called Chach) were found in Avesta, the holy book of Zoroastrianism. In the 20th century Russian called this place as Basmach-Gora (mountain), but now it has the former name.

Ming Urik is the ancient settlement, located almost in the heart of Tashkent. In ancient times the settlement had the area of 43 hectares, but the city building has destroyed the major part of the area and today we have only the small hill of 16 meter height. First excavations were conducted in the 19th century but due to the lack of proper technologies and archaeological equipment, many facts were lost.

Earlier archaeologists have already discovered the palace of Tashkent kings, decorated with fresco. In 2008 archaeologists again researched this area and found remains of the old building, which was a fire temple. Age of the temple enabled to state that Tashkent was 2200 years old.

Shashtepa is the old settlement, located in the southern part of Tashkent. In ancient times it had the fortress, protecting Shashtepa against invasions from the south. Today it has preserved only the citadel, which is about 12 meters of height. Also here you will find remains of the fire temple. The major part of the settlement is occupied by modern buildings.

Kanka is the ancient settlement, located 70 km from today Tashkent in the Akhangaran Valley. Kanka was the first capital of the state of Kangju, noted by the Chinese sources of the 2nd century BC. At that time the Tashkent oasis was the center of the Kangju State. In the Chinese chronicles it was called Yuni, later Shi. Since the 3rd century BC it was the capital of the independent state. In time the center of the Tashkent oasis moved from Kanka to the north, to the territory of modern Tashkent, a city in the Ming Urik region.