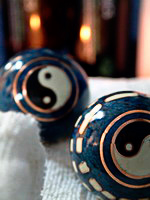 China is a country with a rich history and ancient culture. Many achievements of mankind, such as arms manufacturing and book printing were invented in China. However, this country since ancient times is famous not only for its technical innovations, but also for its medicine. China has many temples and schools of thought, which still practice the ancient methods for disease treatment. In addition, almost every Chinese knows a few herbs or exercises to help maintain physical health.

Traditional Chinese medicine is rather a system of different philosophies about human energy and human nature originated in Ancient China in the first millennium BC, based on the observation of human body functioning. In addition to the medicine itself, it includes a variety of practices and philosophies. A rising tide of interest in traditional Chinese medicine began in the middle of the XX century, and today it is rightly one of the most popular medicines in the world.

Traditional Chinese medicine consists of several components, or rather philosophies. One of them is the doctrine of the CHI (TSI) - the vital energy inherent in every organism. The Chinese believe that half of Chi depends on genetics and the other half depends on the chosen human path, i.e. on the way of thinking and acting. The vital energy should circulate freely throughout the body, but if there is a failure (a wrongly chosen path), then it can lead to disease.

Chinese medicine aims to restore Chi energy through a variety of integrated techniques. Up to date a usual practice is to use such methods as acupuncture, Su Jok, herbal therapy, massage therapy and, of course, yoga. The latter is one of the most common ways for women all over the world to keep fit.

Another teaching underlying the Chinese medicine basis that can be called a cornerstone of Chinese philosophy is the doctrine of Yin and Yang, which means the duality of all things and, at the same time, their unity. This teaching is manifested even in the right nutrition. The Chinese believe that food should be consumed according to the level of Yin and Yang contained in it. Many types of diets have come from China, based on the balance of products, which contain the Yin and Yang.

Of course, the traditional Chinese medicine cannot treat a malignant tumor, but herbs, massage, and treatment of energy flows in the body can cure some chronic diseases, as well as improve the health without interference of synthetic drugs.

Today in China, there are a lot of resorts and health complexes in the territory of tourist zones and resorts where you can have many of these procedures. Furthermore, you can also visit the temples, where yogis and Buddhist monks will demonstrate the effectiveness of traditional methods of Chinese medicine by personal example.