The manor in the village of Tsinandali is an ancestral estate, a palace of the princely family of Chavchavadze. There are many amazing, beautiful and tragic events in the history of Georgia are connected with this family.

Garsevan Chavchavadze was the first owner of the manor. He was sent by Heraclius II to Imperial Russia to negotiate the main treaty between Russia and Georgia at the time, and the 1783 Treaty of Georgievsk has his signature. He was well-educated, and his family was part of the royal rulers of Georgia.

His son, Alexander was a poet, military figure, and one of the most famous aristocrats in Georgia at the time. He participated in the war against Napoleon in the campaign to Europe in 1812 through 1814, fighting for the Russian Empire. He arrived Paris and achieved the rank of general-lieutenant. After, tired from the military campaigns, Alexander Chavchavadze decided to leave the capital. He took his family from Saint Petersburg and moved to a quiet village of Tsinandali, where he started his project on the Europeanization of Georgia. He built the palace that stands on the grounds in 1818, though little of the original palace remains.

Alexander Chavchavadze was not only a military general, but also the most educated figure of his time. He was a writer, translator, polyglot, a big landowner and a great poet. His poetry reached our days as folk songs. His home became a center of Georgian intellectual life in the 19th century, where cultural and social figures gathered. The first grand piano in Georgia first sounded in these walls, and the first billiards table and horse carriage were used by the Chavchavadze family. Great Russian poets such as Alexander Pushkin and Mikhail Lermontov, poet-Decembrist Alexander Odoevsky and French writer Alexandre Dumas stayed there. 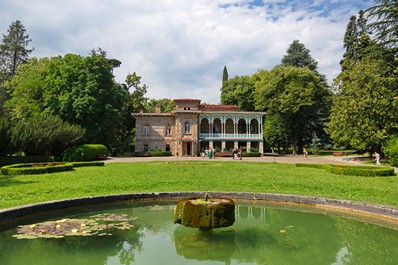 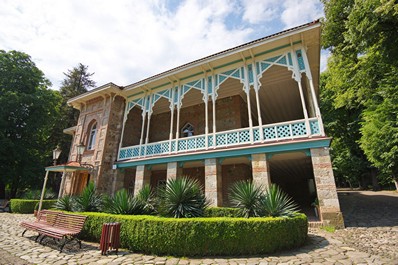 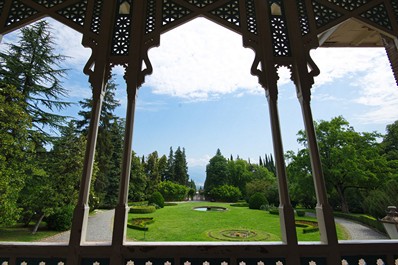 Alexander Chavchavadze had three daughters and one son. The eldest daughter, Nino, married the Russian poet and writer Alexander Griboyedov, but was widowed at age 17 when Griboyedov was murdered on a diplomatic visit to Iran. She never remarried, and her mourning clothing is on display in Tsinandali. Ekaterina was the last ruling princess in Mingrelia, a remarkable achievement for women at the time. Sophia married the Swedish bureaucrat who oversaw all of the education in the Caucasus.

The one son, David, married a woman named Anna, though their fate was much more dramatic. They were captured by Shamil, a Muslim leader in the Caucasus who was the main opposition to the advancing Russians. Shamil’s son, Jamaleddin, was held in Russia, and Shamil wanted to use the captive Chavchavadze’s as leverage to get Jamaleddin back. They were held for nine months before being released in 1855 when Jamaleddin was released and a large ransom was paid. Unfortunately, the ransom bankrupted the Chavchavadze family, and the manor in Tsinandali was taken by the Romanov family.

The manor in Tsinandali is the reflection of Alexander Chavchavadze’s aspirations. He not only applied European architectural techniques in the construction and inner planning, but he also laid out an English garden around his palace. There are magnolia trees and a bamboo forest, and a linden tree that was almost split in half by a lightning strike.

Then Chavchavadze invited the best winemakers from Europe, with whom he built the first vineyard that produced wines according to European technologies. This is how the popular Tsinandali wine first came to be. The first wines were produced in 1841, and the wine cellar holds thousands of wines that were produced from this date onwards. 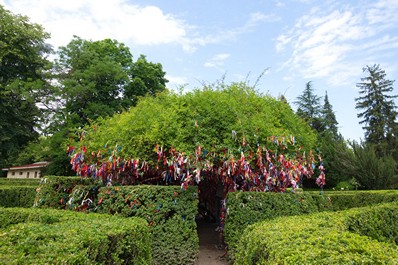 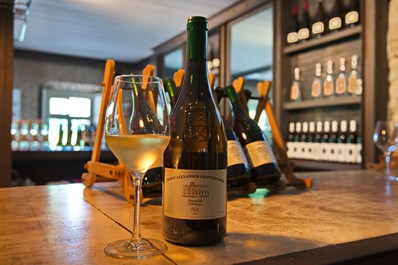 The history of the Chavchavadze family and their ancestral estate is closely tied with the history of Georgia. Today there is a museum in Tsinandali, visited by tourists from all over the world. The interior of the 19h century has almost been fully restored, though the palace today only has 7 rooms of the original 20. It was also possible to collect touching material evidences from the relatives of the bygone period: embroideries made by the daughters of Chavchavadze, books owned by the family, clothing, and the picture of Imam Shamil painted by Anna when she was held in captivity. The museum has the working desk of Alexander Chavchavadze, the first grand piano, and personal things and books. There are regular art exhibitions held in the museum, and the basement of the palace hosts Kakhetian wine tasting ceremonies.

If you are in Kakheti, make sure to touch the history of the most famous family in Georgia.