Landmarks and Attractions of Almaty

Almaty city, whose name is translated as "Apple" or "Father of Apples", throughout the whole XX century was the Kazakhstan capital. The country’s all administrative and cultural institutions were located there, but in year 1997 the capital was moved to Astana. However, the city has not lost its status, and now, is often called the country’s southern capital.

Throughout the 150-year-old history, the city saw construction of dozens of important monuments, architectural sites, museums, parks, and so on. And today, the Almaty’s guests can learn more about the history and culture of the city, which still continues to expand. In addition, the Almaty outskirts are famous for various natural attractions and the famous skating rink Medeo. 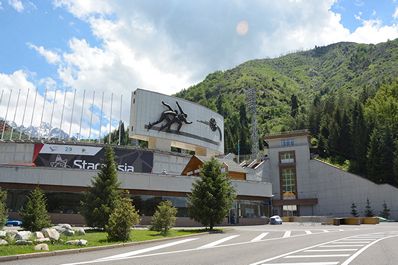 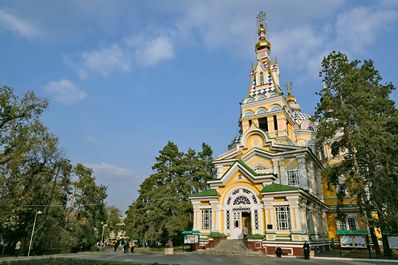 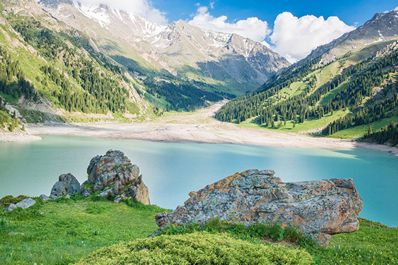 The main landmarks and attractions of Almaty

It is one of the few structures, dating back to the tsarist era that came through the earthquake of 1910, despite the fact that the cathedral building was completely from wood, and built without a single nail. Zenkov Cathedral is one of the eight most unique wooden buildings in the world. More

The Museum of National Musical Instruments is located in the House of Officials, where 100 years ago, the city’s military authority met to hold festive occasions. The exhibition presents the Kazakh musical instruments with the oldest one dating back to the XVII century. More

The Central State Museum in Almaty is a material reflection of the Kazakhstan centuries-long history. It contains unique archaeological finds, dating back to the prehistoric era, as well as items from the country’s modern history. More

Medeo is a picturesque valley, about 15 km above Almaty, where the high-altitude skating rink of the same name, famous in the former USSR’s countries is located. Amazing nature of the mountains surrounds not only the skating rink, but also a dam and Chimbulak ski resort. More

30 km south to Almaty, in the high-mountain valley of the Big Almaty River, at the altitude of 2,511 meters above sea level, there is the Big Almaty Lake. It, like a shimmering mirror, lies in the gorge hollow, surrounded from all sides by majestic mountain peaks. More

This is a name of a beautiful land feeding many rivers, which take off from the Kazakhstan mountain tops. Thousands of streams, like pearl necklace threads, merging into a single stream, turn the land into a beautiful blooming oasis. The foothills and the mountain slopes, inhabited by hundreds of species of wildlife, including the rare snow leopard are also home for different plants, herbs and trees... More