Flora and Fauna of Kyrgyzstan 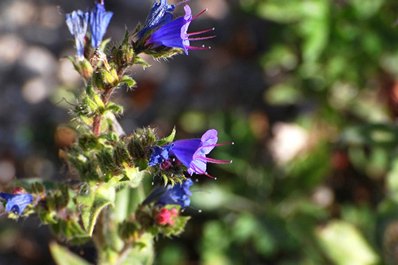 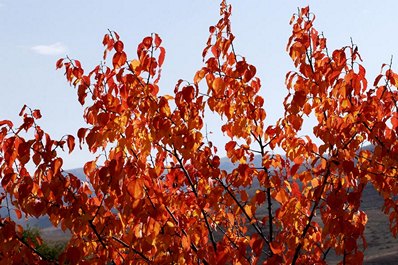 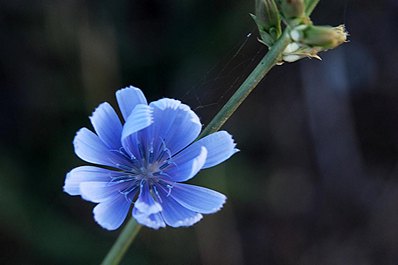 There are thousands of species of plants in Kyrgyzstan, of which about 600 are useful wild-growing flora, and 200 officinal plants. Officinal plants, or those that can be use for medicine or found in a pharmacy, include St John’s wort, coltsfoot, sea buckthorn, Turkestan thermopsis, origanum, and horsetail. Some wild plants are important economically, such as saltwort, barberries, rhubarb, and types of thyme. Many of the forests are home to tulips and edelweiss, as well as Schrenk’s fir, Siberian fir, and juniper. In the spring, there is a tradition of burning juniper branches in one’s home to clear it of bad spirits.

Southern Kyrgyzstan’s most famous plant is the walnut tree. The world’s largest natural growing walnut forest is in Arslanbob, and the genetic diversity that can be found here is considered to be valuable to horticulture as a whole. Nestled among the walnut trees one can also find wild apple, pear, and cherry trees. There are many legends about where the walnut trees came from; some say Alexander the Great planted the first trees, others say Prophet Muhammad sent the first seeds to a disciple traveling in Kyrgyzstan.

Kyrgyzstan’s fauna is diverse, and spreads across the mountains. Between 3,400 and 3,800 meters, the most common inhabitants are grey marmots, along with silver mountain voles and field voles. Brown bears roam in the summer, alongside wild rams, hares, and mountain goats. Above 3,800, one can still find marmots and voles, though they are less common. Here, birds are the most common animals, including red-bellied redstarts, alpine choughs, rock pigeons, partridges, and bullfinches. Birds of prey are also relatively common in the mountains, where golden eagles, falcons, hawks, and buzzards. These fearsome predators are sometimes used for hunting, and can be trained, though not domesticated. Up at higher altitudes, one can find mountain goats scaling steep cliffs and ledges. 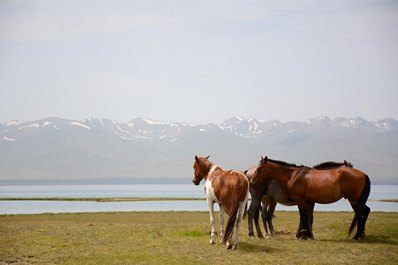 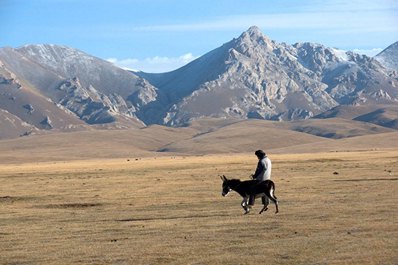 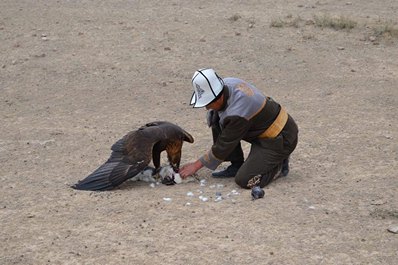 Kyrgyzstan’s animals include rarer species living in the mountains, such as Marco Polo sheep, red deer, lynx, and snow leopards. Marco Polo sheep have the longest horns of any sheep, with the longest horn every measured reaching almost 2 meters (6 feet). Snow leopards prefer to stay hidden, and are now listed as vulnerable because their habitat is disappearing. Kyrgyzstan has become a leader in conservation efforts to try to help keep the snow leopard from going extinct.