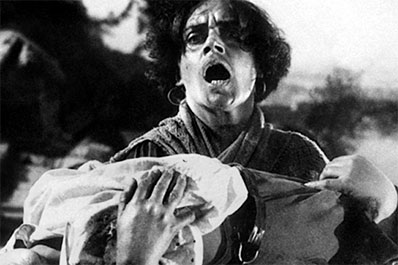 At the end of the 19th century cinema arrived. The first moving-picture shows in Moscow and St Petersburg were held in 1896. In 1908 the first Russian feature film «Stenka Razin» was released. The art cinema flourished in the Soviet period. An important milestone in the development of cinema was played by the movie of Sergei Mikhailovich Eisenstein (1898 - 1948) "Battleship Potemkin» (1925), which is regarded as one of the world's masterpieces. The country produced a lot of films most of which were ideological. However, there came out numerous films based on literary classics. The landmark event in the development of Russian cinema was a monumental picture by Sergei Fedorovich Bondarchuk «War and Peace» (1965-1967). Of particular importance in the culture of 1960-1970s was the work of Vasily Shukshin (1929-1974) – a writer, an actor and a filmmaker.