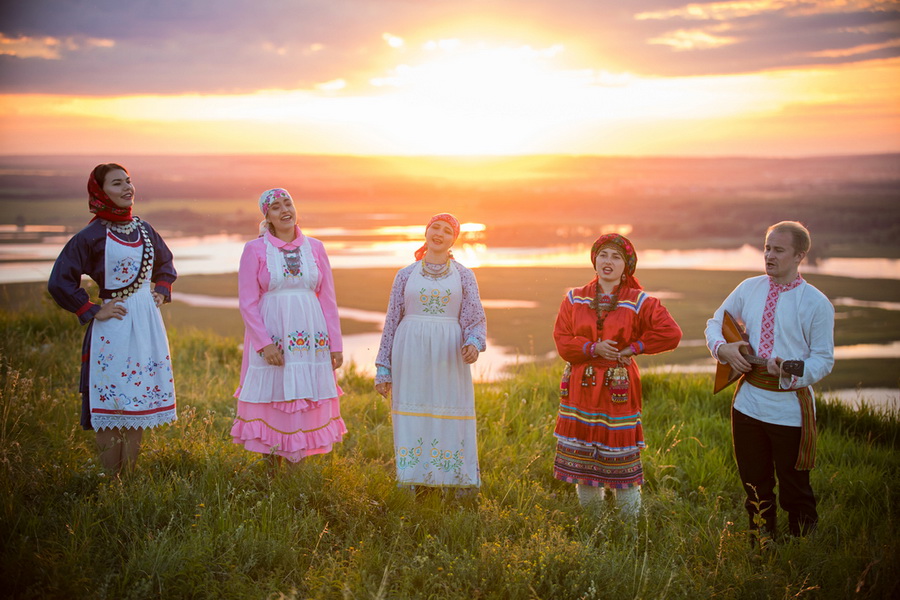 Traditional Russian clothing not only protected from heat and cold, it also told about a wearer’s marital status, age, and origin. Each type of clothing had characteristic details and a special design. Not least important was the choice of cloth, while the decorations, finish and cut each had symbolic meanings.

According to researchers, traditional Russian dress took shape roughly in the 12th century. Up until the 18th century, this clothing was worn by all members of society, from the poorest peasants to the richest boyars and rulers. After a decree by Peter the Great in the late 1600s, traditional Russian attire was replaced by European clothing. Peter was convinced that the older “folksy” dress wasn’t suitable for a country that was trying to be an economic and cultural partner with Europe. Some researchers think that this was in fact not a political move, but just an expression of Peter’s own taste. From this time onwards, traditional Russian dress became only for peasants, and was preserved only among the lower classes. This decree was enforced by strict fines for making or selling traditional Russian clothing.

There were two main types of Russian clothing: for celebrations and for everyday wear. Both types of clothing were made of multiple layers of cloth, and could either be straight fitting or have a flare. Emphasizing the waist was not common. Brightly colored cloths were preferred. 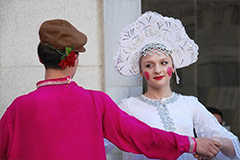 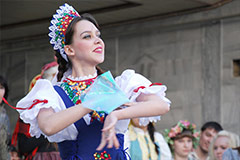 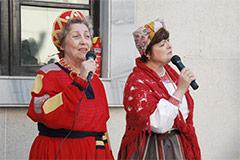 The hem of shirts, as well as the collars and sleeves, were richly decorated with embroidery, plus braids, sequins, and buttons. Patterned inserts were also used while sewing clothing, while for a festive costume, the front of the shirt would be entirely covered in designs.

Each region had its own designs and ornaments that were used for decorating Russian clothes, and color schemes could also vary. In the villages and towns around Voronezh, clothing was decorated with black embroidery, which was considered to be very elegant. In northern and central areas, people preferred more bright variations, including embroidery with gold thread or brightly-colored silk or cotton. The most common colors were red, dark blue, and black.

In southern Russia, traditional women’s clothing consisted of a long, plain shirt and a long skirt, made of three pieces of cloth stitched together. This was the most common clothing for married women. The hem would often feature embroidery and other decorations. The cloth of the skirt contained wool, in comparison to the shirt, which was made of just cotton. A wool string, called a gashnik, held the skirt in place, and an apron was often worn over the skirt. In the south, the shirt was also often richly embroidered with designs.

There was a very distinct line in traditional Russian dress between clothing for everyday use and clothing for special occasions.

Everyday clothing was simple, and there were fewer pieces to be worn (no more than seven). The materials were inexpensive, and the design made them comfortable to work and move in.

For special occasions, there could be 20 or more elements to be worn. More expensive cloths were used, including wool, brocade, and velvet. These outfits were only brought out for special celebrations and festivals, and the rest of the time they were stored in large chests. Some types of dress were for rituals and special events, such as attending church, funerals, or christenings.

Women of any age loved a variety of decorations. Russian clothing was covered in beads and worn with luxurious necklaces, earrings, and pendants. In wealthy families, buttons were decorated with inlaid stones, filigrees, and engraving.

Headdresses were also often decorated. Unmarried girls wore bright ribbons, headbands, wraps, and other various intricately tied scarves. After marriage, women completely changed their clothing. Married women completely hid their hair under a headdress with a scarf on top. These richly decorated headdresses were part of special clothing, while everyday wear was bonnets with a scarf made of cotton or linen.