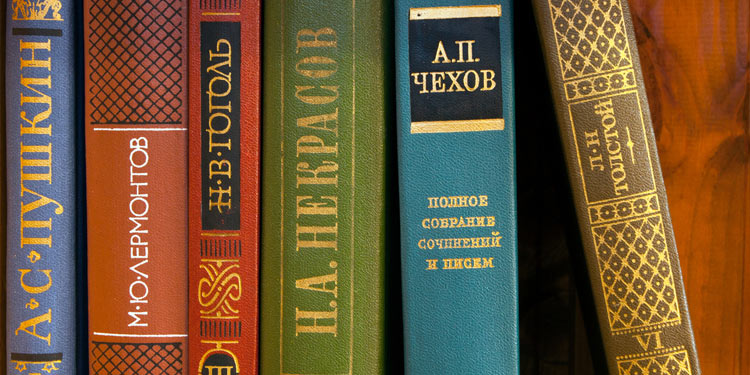 With the advent of Orthodox Christianity in 988 Russia was open to the best samples of Byzantine culture. They laid the foundation for active development of religious literature. In the early 12th century (1113) Nestor, the monk of Kiev Monastery of the Caves, wrote the Primary Chronicle, which is by right is one of the most brilliant pieces of ancient Russian culture. “The Tale of Igor’s Campaign” was another monument of ancient Russian literature, which was created in the late 12th century.

The 15th century was the time of hagiography. This genre depicts the lives of saints, patriarchs, and monks. The legend of St. Peter and Fevronya of Murom was transformed into this genre in the late 15th or early 16th century. This is a moving story about love between a Duke (knyaz) and a daughter of an ordinary wild-hive beekeeper, which later turned into the symbol of eternal love. The same period is known for the rising interest for stories about travels to faraway lands. The most interesting and original work in this genre is “A Journey Beyond the Tree Seas” by Athanasius Nikitin, the merchant from Tver, who wrote about his impressions of the Caucasus, Persia, India, Turkey and Crimea in simple and fascinating language. The invention of book printing was an important development for Russia. Ivan Fyodorov and Pyotr Mstislavets printed the first exactly dated book, “Apostle”, in 1564.

The Blossoming of Russian Culture in the 18th Century

The 18th century was the Golden Age for Russian Literature. It split the literature into three branches. The first was classicism – the style in art and literature characterized by high civic subjects as well as integrity of place, time and action. Classicism reached its peak in works of Mikhail Lomonosov, Gavriil Derzhavin, Sumarokov and others. Another trend in Russian literature was realism, the most prominent representative of which was Denis Fonvizin, the author of immortal comedy “The Minor”. The third direction was sentimentalism, which is characterized by increased interest to human emotions, emotional perception of the surrounding world. In Russian literature sentimentalism was represented by N. Karamzin who was not only a great historian but also popular writer. In the early 19th century Karamzin became a conservative. His new outlooks were reflected in his «History of the Russian State».

Russian Literature of the 19th Century.

Russian literature throve in the 19th century as well thanks to such famous names as Alexander Griboyedov, Ivan Krylov, Alexander Pushkin, Mikhail Lermontov, Nikolai Gogol and many others.