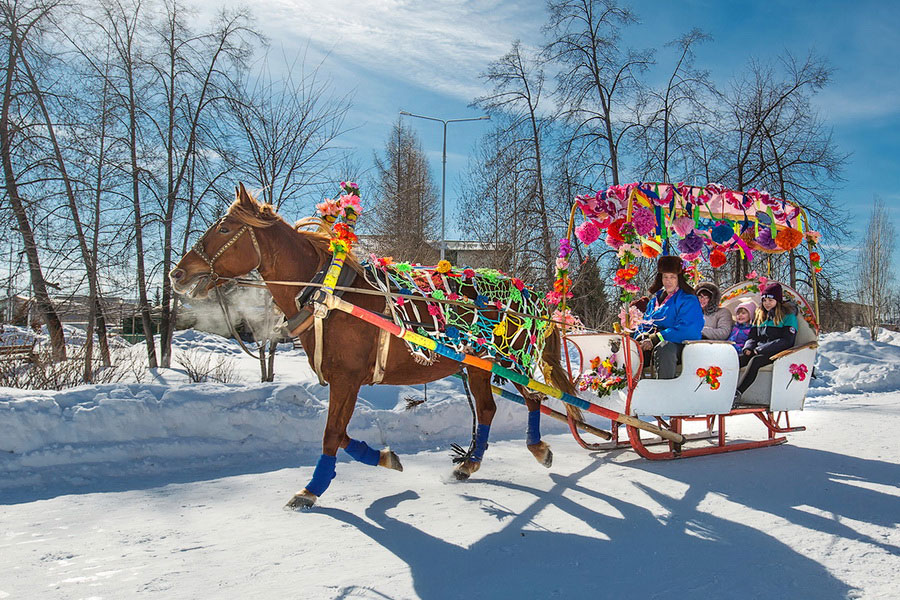 Centuries-old traditions and customs of the Russian people

Russia is indeed a unique country, which, along with highly developed modern culture carefully preserves the national traditions deeply rooted not only in the Orthodox religion but also in paganism. The Russians still celebrate pagan holidays, many people believe in numerous omens and legends.

Christianity gave Russians such great holidays as Easter and Christmas, and Paganism – Maslenitsa (Shrovetide) and Ivan Kupala. Old traditions are passed on from generation to generation.

Easter is the day of the resurrection of Christ. The holiday came to Russia from Byzantium together with Russia’s christening in the end of the 10th century. Since then, this Christian holiday has been widely celebrated all over Russia.

Christmas is the holiday of the birth of Jesus Christ, the Savior of the world, whose advent gave people hope for mercy, kindness, truth and eternal life. The Orthodox Church observes Christmas according to the Julian Calendar, on January 7, while Western churches celebrate it on December 25, in accordance with the Gregorian Calendar.

Even in the time of the ancient pagan deity Ancient Russians used to have Kupalo, the God of summer fertility. In his honor people of sang songs and jumped over the bonfire. This ritual act has become an annual celebration of summer solstice, combining a pagan and Christian traditions. Kupala got the name Ivan after the baptizing of Russia, when he was replaced by John the Baptist (the way he was percepted by common people), who baptized Christ and whose birthday was celebrated on 24 June.

In the old days Maslenitsa was for remembrance of the dead. So the burning of the figure of Maslenitsa means her funeral, and blini (pancakes) – coliphia. But with time the Russians longing for fun and entertainment turned the sad holiday into jolly Maslenitsa with blini - round, yellow and hot as the sun, sledding and horse sleigh riding, fistfights and mother-in-law chatting. The rituals of Maslenitsa are very unusual and interesting because they combine the end of the winter holiday rituals and the opening of new spring festivals and ceremonies, which were to promote a rich harvest.

Among the Russian traditions, the wedding has always been a some kind of performance with a kind share of improvisation that is why it could be different eve in two neighboring towns. Yet, despite these differences, there was a certain order of wedding ceremony that repeated from village to village, from town to town.