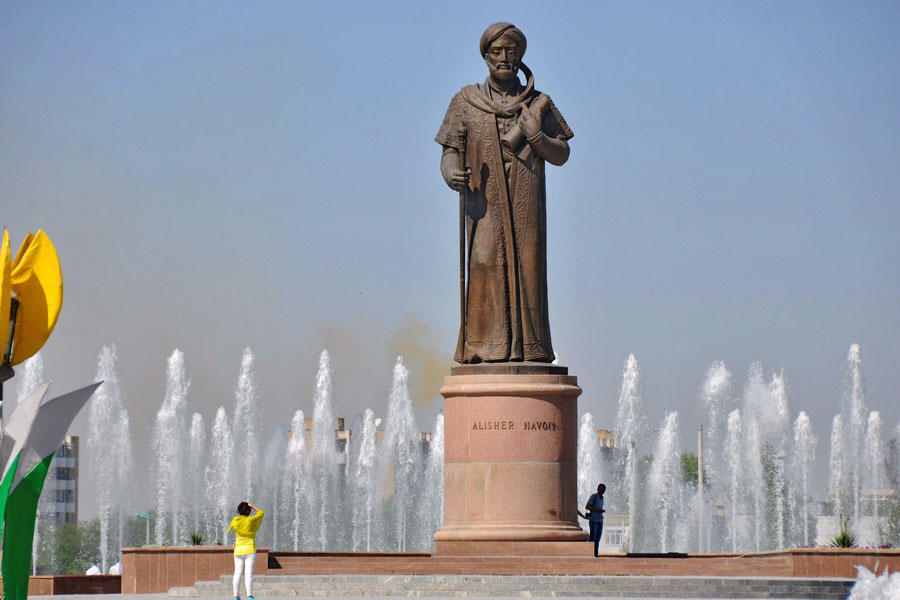 At the development basis of modern Uzbek literature is rich folklore – speakings or oral folk arts. The people wrote and handed down heroic epics, whose characters were heroes, presented in the images of evil forces, who were fighting against their oppressors and enslavers. This is the way how epics of Uzbek folklore, such as “Koroghlu” and “Alpamysh” were created.

Alpamysh, which tells the story of courage and bravery of the Uzbek warriors, survived centuries and became a real monument of oriental literature.

Another genius of people’s art is a cycle of latifas – tales and legends about Effendi – Hodja Nasreddin, a deft, witty dodger, who gives lesson to the greedy rich and the powers that be with his mischievous pranks.

The XI century featured a host of works, based on religious norms of Islamic morality They are the insightful poem “Kugadau Bilig” (“Knowledge of Grace” or “The Science of Happiness”) (1069) by Yusuf Khas Khadjib Balasaguni (Yusuf Balasagun), the poem “Hibat al-Haqa'iq” (“The Gift of the Truth”) by Akhmad Yugnaki, and, of course, “Dictionary of Turkic Dialects” (1072-74), compiled by Makhmud Kashgari.

The golden age of Uzbek literature fell on the historical epoch of Amir Timur and his dynasty. Its popularity is attributed to the fact that the works become more secular and free from excessive religiosity. It is that period, when the great oriental poet, philosopher and politician Alisher Navoi, who is considered to be a classic of Uzbek literature and founder of the Uzbek language, was flourishing. His immortal works –“Chordevon” and “Khamsa” are included in the thesaurus of world literature and translated into hundreds of the world’s languages.

The last of the Timurid dynasty, the founder of the Great Mogul state in India, which existed for two centuries, Zahiriddin Mukhammad Babur was not only a talented ruler and commander, but also notable as an outstanding poet of the time. His epic poem “Baburnama” which describes his biography, and history of the peoples of Central Asia, Afghanistan and India, became a chef-d'oeuvre of Uzbek literature, valuable historical and literary monument of the time.

Uzbek literature of the XVIII-XIX centuries is lyric and mainly devoted to love. During this period were flourishing such poets as Nadira Uvaisi, Mashrab, Khorezmi and so on.

At the end of the XIX and beginning of the XX centuries, after the annexation of Turkestan to the Russian Empire began a new modern period of Uzbek literature; which was presented by outstanding persons such as poet Mukimi and writer, poet and satirist Furqat. The Soviet era gave us such talents as poet and playwright Hamza Hakimzade Niazi, poet and writer Sadriddin Ayni, the first Uzbek novelist Abdullah Kadiri, writer and philosopher Fitrat - both of them were repressed under Stalin. Their literary traditions were continued by Oybek, Gafur Gulam, Abdulla Kahhar Khamid Alimjhan, Uygun and others.