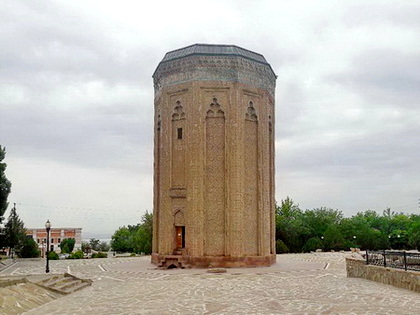 Join us on this 4-day tour to see even more of Nakhchivan’s historical, architectural, and scenic highlights. In addition to visiting several ancient mausoleums, the beautiful Khan’s Palace, the Ashabi-Kahf cave shrine, and the unique Duzdagh Salt Mines Hospital, this extended tour gives you the chance to discover even more of this fascinating region. Venture out of town to visit the Daridagh thermal spring, explore the beautiful landscapes of the Batabat Plateau, and visit Alinja Fortress, Azerbaijan’s “Machu Picchu”.

Expand All   Collapse All
Day 1: Baku – Nakhchivan
At 06:00, meet our driver at your hotel in Baku and transfer to the airport for the 08:00 flight to Nakhchivan. Upon arrival, meet our local guide and driver and transfer to the hotel to leave your luggage. The first stop on the tour is Prophet Noah’s Tomb. People often come to pray at this place where, according to legend, Noah’s remains are buried. Continue to the Momine Khatun Mausoleum, which is the symbol of Nakhchivan. The monument was built in 1186 in memory of the mother of Muhammad Jahan Pahlavan, ruler of the Eldiguzids. Next, admire the architecture and interior design of the 18-19th century Khan’s Palace, the former residence of the Nakhchivan ruler, Rahim Khan. From the palace’s location in the Gadim Gala (Old Fortress), you can also enjoy a spectacular view of the city. Continue to the Yusif Ibn Kuseyir Tomb, which was built in 1161–1162. This small, octagonal building is made of bricks and has a pyramid shaped roof. Around the top is a line of kufi writing from the Quran. In the afternoon, drive to Garabaghlar village in the Sharur region and visit the Garabaglar Mausoleum complex, which includes a tomb and two minarets. Then continue to the Duzdagh Salt Mines Hospital, a former salt mine where the underground tunnels have been converted into a salt treatment facility. After looking around this unique and fascinating place and exploring the tunnels, drive back to Nakhchivan city. Overnight at the hotel.
Day 2: Nakhchivan – Julfa – Nakhchivan
After breakfast, drive to Daridagh thermal spring in the Julfa region. Nakhchivan’s thermal springs are famous for their healing properties, and you’ll have the option to bathe in the Daridagh spring (at additional cost). On the way back, visit Gulistan Mausoleum. This was built in the 12th-13th centuries and its name means “heavenly garden”. Continue to Alinja Fortress, which was one of the strongest defensive constructions of the 12th century. During several attacks by Timur in the 14th century, the fortress served as the headquarters and a treasury for the ruling dynasty. Located on a mountain crag with stunning views of the surrounding area, it is nicknamed “Azerbaijan’s Machu Picchu”. After exploring the museum and the remains of the fortress*, transfer to the hotel. Free time for the rest of the day. Overnight at the hotel.
*Please note that reaching the remains of the fortress involves climbing over 1,500 stairs. If you prefer to avoid this climb, you can spend longer exploring the museum and the surrounding area.
Day 3: Nakhchivan – Shahbuz – Nakhchivan
After breakfast, drive to Batabat, a unique uninhabited plateau in the Shahbuz region. Drive around and photograph this beautiful landscape with its forests, mountains, lakes, and floating islands. Then visit the Ashabi-Kahf Caves, which are located between the Ilandag and Nahajir mountains. Since ancient times, this has been considered a sacred place, and even today many Azeris come here to pray and find peace. Return to the city and visit the History Museum and the Heydar Aliyev Museum. Heydar Aliyev, a native of Nakhchivan, was Azerbaijan’s third President. Overnight at the hotel.
Day 4: Nakhchivan – Baku
Breakfast, followed by free time until your transfer to Nakhchivan International Airport. After flying back to Baku (you may choose between various flight times each day), meet our driver at the airport and transfer to your hotel. End of the tour.

1 person
1,120
2 persons
710
3 persons
660
Single supplement
80
Prices are in US$ per person, discounted prices for larger groups are available on request.
Tour Request 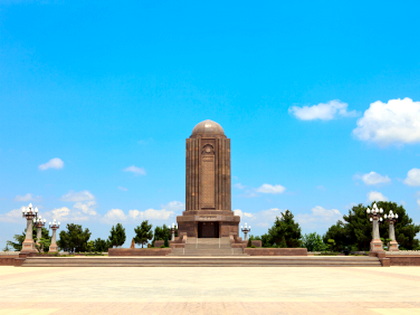 Tour to the Heart of Azerbaijan

Intensive and bright tour to the central part of Azerbaijan. Explore dozens of historical monuments: temples, mausoleums, palaces and fortresses. You will also enjoy the beauties of the ... 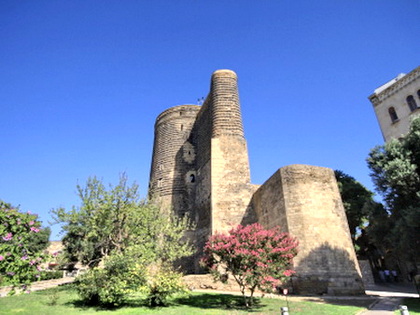 Unique Symbols of the Land of Fire

The five-day Azerbaijan tour will open up the most interesting parts of this country. The tour program includes Baku tour, the temple of fire-worshipers, an ancient settlement in the ... 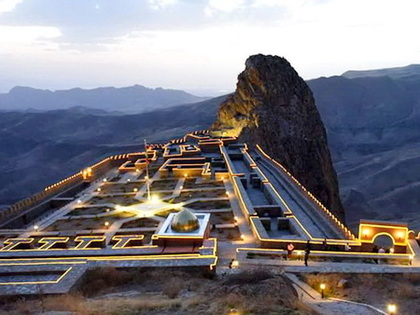 Visiting the same sights as the one-day tour, plus some extras, our 2-day Nakchivan tour from Baku gives you more time to get to know the history and culture of this unique ...

Tour to Sheki and Lahij (Lahic)

Interesting tour to the western part of Azerbaijan where you will visit medieval palaces, learn important periods in the history of the country and experience everyday life of an ordinary ...