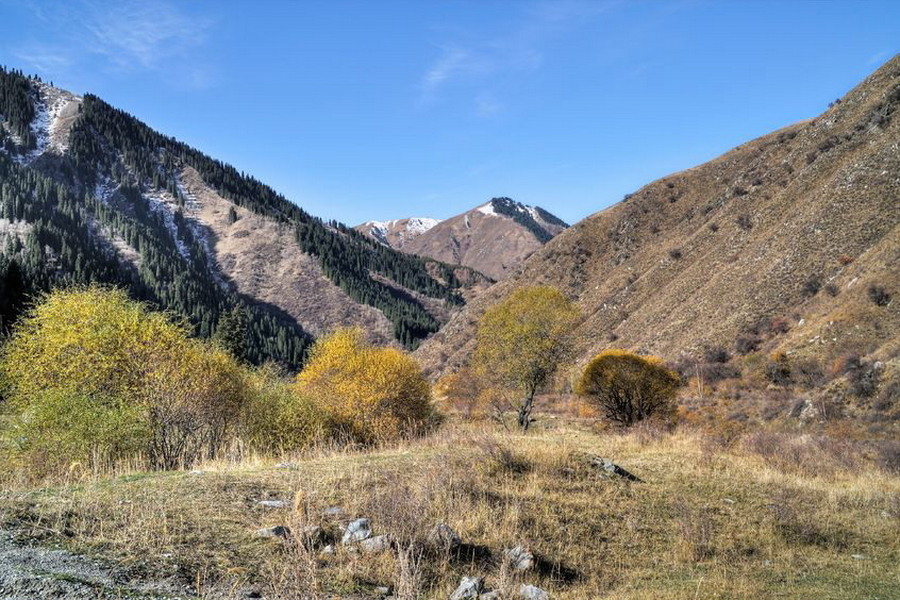 The Almaty reserve during the whole history has been changing its territory and location for several times. The modern reserve located in the territory of the Issyk and Talgar watershed was founded in 1964. The present territory of the reserve is 71,700ha. The reserve was founded with the purpose to preserve the nature of the central part of Zailiy Alatau, as well as the species of fauna and flora of this region.

The Zailiy Alatau range is located in the North of the Tien Shan. The central part of the Zailiy Alatau features with Talgar peak (4979m), the highest point of the Talgar plexus of mountains The peculiarity of the Talgar and Issyk rivers in the territory of the reserve is that in spite of their small depth (1m), these rivers are such turbulent and violent, that they sometimes grind surrounding rocks and whirl away huge stone boulders.

The rivers spring in the glaciers of the upper rivers, where lakes are forming. The largest lake in the territory of the reserve Muzkol (with area of 46,300 sq.m. and depth of 25m) is located in the upper river of the Issyk at the height of 3,600m above sea level. In the Issyk watershed, there is also Lake of Akkol. Among the largest glaciers of the reserve are glaciers of Shokalsky (5km) and Korzhenevsky (12km). There are also a lot of thermal sources mainly in the region of the Talgar and Issyk rivers.

The major part of the reserve is presented with mountain-forest and steppe landscapes. Numerous forests where such trees as the birch, quaking asp and apple-tree grow are scattered along the mountain slopes. One can also meet Alpine green meadows there. The steppe localities are mainly vegetated with bushes.

The nature of the Almaty reserve is varied but its basis is mainly composed of different natural landscapes which inimitable beauty attracts a lot of tourists every year.