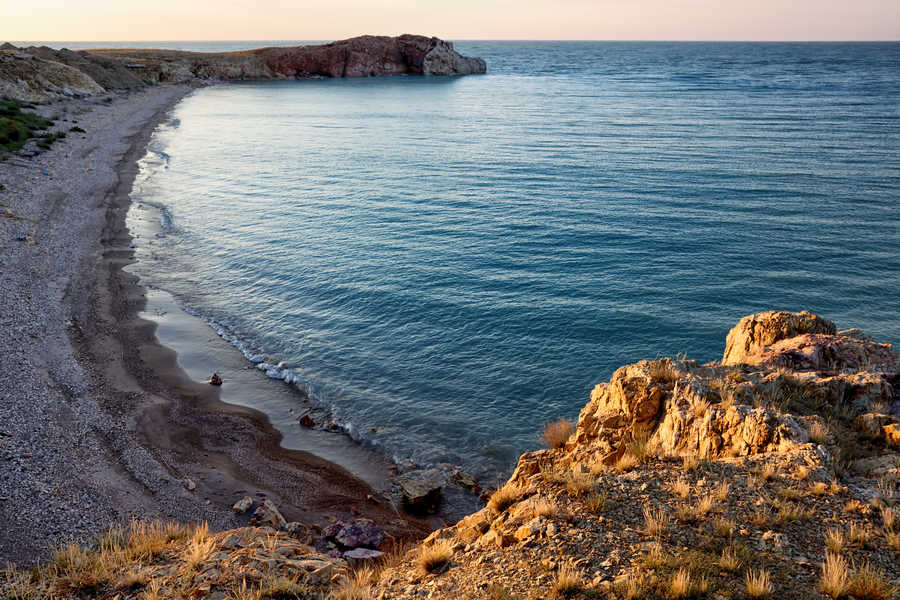 On Kazakhstan territory there is one of the world’s largest inland drainless water bodies - Lake Balkhash. The lake is 614 km long; its width varies from 3.5 to 44 km, while its maximum depth comes to 26 meters. The geologists and geomorphologists found that its age is over 35,000 years.

The lake is really unique - its western and eastern parts are very different in degree of mineralization, in western basin, the waters are fresh, while in eastern one - salty. The phenomenon of the lake location in the desert, without runoffs, in a dry continental climate and with very little rainfall still amazes the scientists.

The flora and fauna of Lake Balkhash are surprisingly diverse. The lake harbors almost 20 species of fishes! No wonder, that the ancient Kazakhs called the lake – “Balik As” (fish-food). It can also boast 120 species of birds, 12 of which are listed in the Red Book as endangered. The flora consists of up to 60 species of plants that grow on land and in water. The Balkhash territory has a lot of plants and animals, which are of particular interest to botanists and zoologists because of their rare and unique character.

The Bektau -Ata mountain range, bordering the lake territory, is one of the most beautiful places in the North Balkhash. In clear weather, the visibility of the picturesque landscape with majestic cliffs and canyons ranges for hundreds of kilometers.

Though the tourism infrastructure here is practically underdeveloped, Lake Balkhash is still a popular place for a beach-related holiday, mainly among Kazakhs and Russians holiday makers.

However, because of the irrational use of water of the lake by two republics - Kazakhstan and China. The Balkhash is getting shallow, the odds are that it will have a horrid fate that came to the Aral Sea in due time.