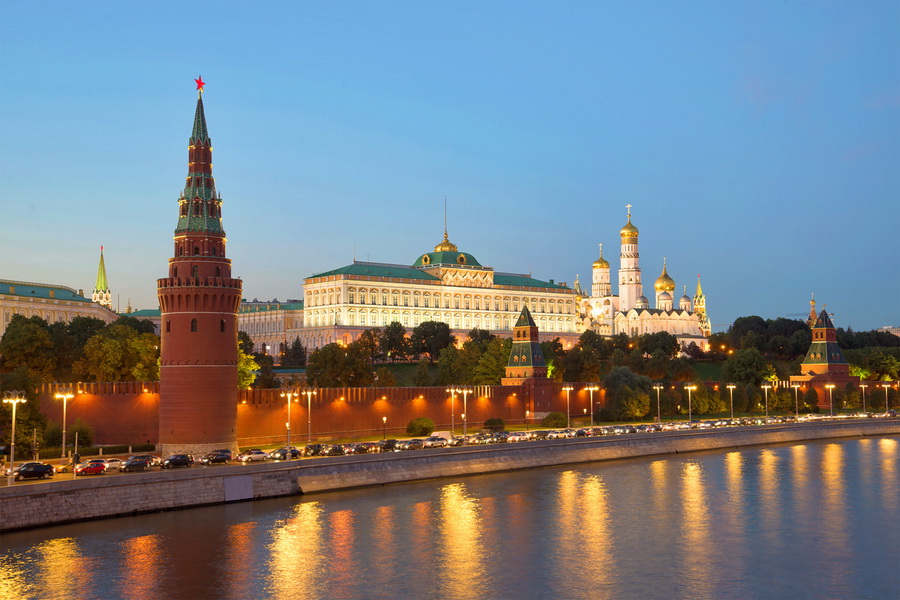 The Moscow Kremlin is among the most outstanding examples of world architecture and claims to be registered on the list of the new wonders of the world.

The Kremlin is the urban development reserve of the capital, the treasure house of Russian culture and history, “the altar of Russia” as Mikhail Lermontov once called it. For centuries the Kremlin has been the historic place from where the control of great and powerful Russian state has been executed. The unfading radiance of the Kremlin stars has always been a pledge of peace and tranquility in the country. This symbol of state power, in fact, is by itself a small country with its own history, traditions, laws, attitudes and lifestyles. Being the center of political life, the Kremlin has survived countless wars, fires after which it literally rose from the ashes; the Kremlin has witnessed the life of the high and mighties as well as the events that changed the course of world’s history. Yes, the Kremlin walls have seen a lot ...

Many scientists, historians, archaeologists, journalists are have tried to reveal its secrets. However, the inside life of the Kremlin is a special topic. Our goal is to highlight the merits of the Kremlin as the grand creation of Russian architecture and unique monument of the world importance. Well, today's Kremlin walls and towers were built by Italian architects during the reign of Ivan III in 1485-1495. The Kremlin itself, which lies in a historic place, the Borovitsky Hill, is a triangle structure with the area of 27.5 hectares. From the south it is bordered by the Moskva River; from the northwest it is limited by the Alexander Garden, and from the east – by the Red Square. The Kremlin seems to be built of brick. But its brick walls are only lined with bricks. In fact, they are made of stones covered with lime. The total length of the walls is 2,235 meters; the thickness varies from 3.5 to 6.5 m, the height from 5 to 19 m. The Kremlin walls and towers were crowned with 1,045 two-horned teeth with loopholes shaped like dovetails. 20 towers are rising above the walls. Each one has its own face, height, and name.

Everything there breathes history, ancient cannons and bells, old cathedrals, royal palaces and towers of the modern times, the residence of the President of Russia and the world-famous museums. The territory features spacious squares and cozy gardens, palaces and ceremonial gold-domed churches. The Kremlin still plays the role of the governmental residence and is one of the largest architectural and art museums-reserves.

In 1990 the Kremlin was included in the list of World Cultural Heritage by UNESCO, and a year later the State History and Culture Museum-Reserve Moscow Kremlin, which consisted of the Armory, the Assumption, the Archangel, the Annunciation Cathedrals, the Church of the Disposition of the Robe, the Museum of Applied Arts and Life in Russia of the 17th century as well as the architectural complex of Ivan the Great Bell Tower was established.