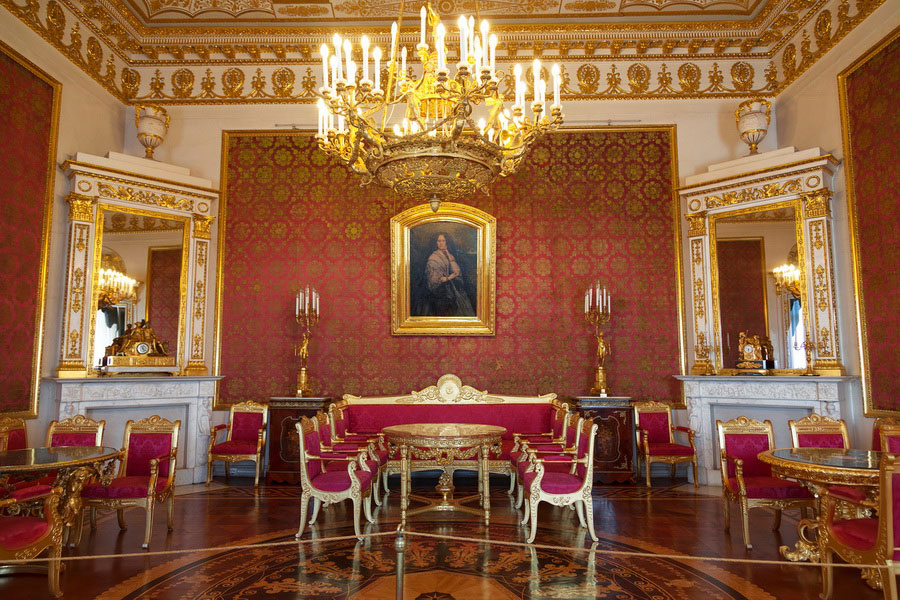 The family residence of the Yusupovs decorates the Moika embankment. The long three-storey building with the six-column portico stretches along the river armored in stone banks. The bright yellow facade of the building attracts visitors from afar. The palace is a monument to classicism in St. Petersburg. The Palace amazes by the harmony of proportions and elegant lines. It built on the foundation of a two-storey brick house. In 1760s the building was heightened and expanded. In 1830 the palace became the property of Prince N. Yusupov, one of the richest people in Russia. The prince arranged a large-scale reconstruction of the palace with the help of famous European architects who did the best they could. Various interior decoration styles were used. For example, the Turkish room was executed in Oriental style; the ceremonial halls – in Empire style; few rooms of the ground floor - in the style of Neoclassicism. The Yusupovs even had their own Baroque style theater. The Palace has preserved the atmosphere of the noble way of life of those times - the rooms are decorated with Venetian mirrors and wood carving as well as original works by Rembrandt and Rubens, French tapestries and porcelain. Princes Yusupov owned the mansion until 1917. But in December 1916 the conspirators led by Felix Yusupov murdered the favorite of the imperial family, Grigory Rasputin. Now in the basement where the dramatic events took place you can visit the exhibition «Grigory Rasputin: Pages of Life and Death». There, among other exhibits, are the wax figures of the tragedy participants.

The luxurious interiors with splendid plafond painting are open for viewing during guided tours. After the revolution Yusupov Palace was confiscated and given to the Teachers’ House in 1925. After the beginning of the Great Patriotic War Yusupov Palace was used as a hospital. In 1987 the Chamber Music Theater was opened on the premises of Yusupov Palace.