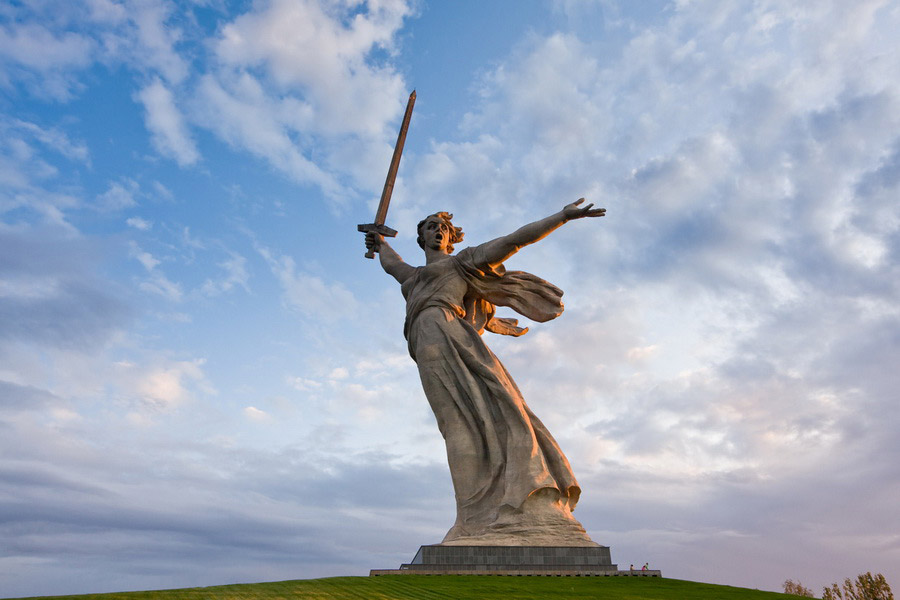 Tours, Attractions and Things To Do in Volgograd

Hero City Volgograd… Volgograd is known all over the world as a heroic, courageous and stoic city which manage to defend its frontiers from the enemy’s forces at the cost of thousands of its sons’ lives, having thus reinforced Russia on its way to the Victory. That was a turning point in the world history. We invite you to visit such a unique city at our journey on the Volga.

Volgograd is situated on the right bank of the Volga River. This city is the longest one in Russia; its length is almost 100 kilometers!

Volgograd’s history dates back to the 16th century, when Astrakhan and Kazan khanates were annexed to Russian State’s territory. As a result of those territorial changes, the Southeast territories remained unprotected. In 1589 Tsar Ivan the Terrible decided to found there a city. The future city was established on quite a unique place: on a peculiar piece of Asia in the European part of Russia. Since old times there was a road on that territory used by nomad tribes for their invasions to Europe from Asian depths. The new city’s role added up to a watch fortress for defending Russian land and Great Volga Road from the nomads’ invasions.

According to the legend, the city got its original name Tsaritsyn from the name of the Tsaritsa River, on the bank of which the first wooden castle was built. In 1717, in the as a result of Tatar invasion, the city was plundered and ravaged. In 1731 the city was populated again by Ukraine settlers and by Cossacks from Don. In 1765 Ekaterina II officially invited foreigners to settle down in Russia, having exempted them from the tax burden for 30 years. Germans responded to this invitation especially vividly. They set up the whole colonies along the Volga’s banks. Then handicraft and manufactory started developing there actively. In the 18th century the State’s boundaries were moved far to the south, and the city turned into a godforsaken hick town. The city was remembered only in the next century when the capitalistic industry became actively developing.

In April 1925 the city received a new name, Stalingrad. The city faced the beginning of the Great Patriotic War with that name. Stalingrad Battle became a decisive combat between Russian troops and the Nazis, which began on the 17th of July 1942. A terrifying bombing covered the city, it literally turned into a fiery glow. However the Nazis could not break down the resistance. On the 19th of November the Nazis were surrounded by the soviet troops. “…The Great Battle raged for two hundred days and nights…” The city was almost totally destroyed. The whole Soviet Union took part in its restoration. On 1 May 1945 Stalingrad was awarded, by the order of Supreme Commander, to the status of the Hero City for its heroism. In 1961 the renewed city got a new name, Volgograd.

Not surprisingly, the main places of interest in Volgograd are related with Stalingrad Battle. There are more then 200 memorials and monuments which testify to the facts and events of the Great World War. The central and main among them is Mamaev Hill with Motherland Statue which embodies the unity of the Russian forces. It is Russian version of the famous Statue of Liberty in America.

Square of the Fallens
The Mamaev Hill
Watchtower