Turkmenistan on the Silk Road

The ancient Turkmen city of Merv (Mary) used to be the so-called Gate to Central Asia. It was especially important in terms of trade and politics in the 9th – 10th centuries. From Merv the travelers proceeded to Amul (Chardzhou, Turkmenistan) and further to Bukhara and then to Samarkand.

The ancient settlement of Merv is located on the vast territory near the river of Murghab, in the suburb of the modern city of Bairam-Ali, approximately 30 km from the city of Mary.

The ruins of the city walls and fortresses is what left of the huge magnificent city the population of which in the Middle Ages at ties exceeded one million people according to some historians.

The past of Merv is mysterious, as if covered in fog of millennia: even its age causes disputes among scientists. But one thing is known for sure - Merv had been the capital of prospering Margiana and the major center on the international caravan line of the Silk Road long before the approach of our era. 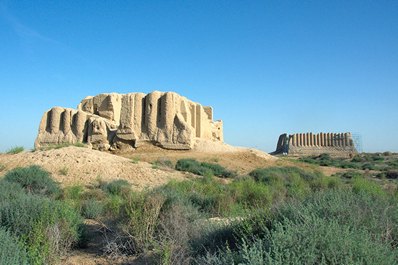 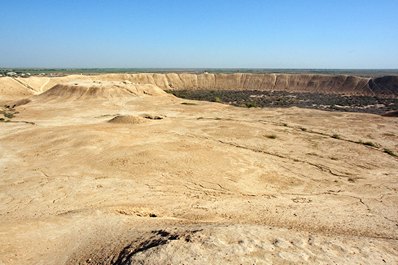 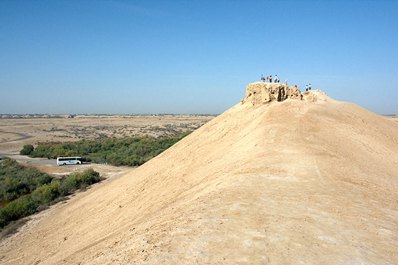 At various times it was called differently: Mouru (the name of Murghab oasis in “Avesta”), Margush, Margiana, Margav, Maru and Merv. In the Middle Ages Merv received its special epithet, Shakhydzhan, which in translation means “the Soul of kings”, in other words, the mother of all cities of Khurasan supporting the rest of the world. There are very few cities in the history of Oriental civilization as well as the rest of the world which were awarded the magnificent title of the “Mother of Cities”.

Merv used to be a huge megacity with no equals in Central Asia: even the famous Samarkand and Bukhara, Varakhsha and Pendzhikent looked like provincial towns. According to Zoroastrian literature it was Merv that possessed the third horn of plenty of the ancient world, following such cities as Herat and Balkh. Merv was the place where the immortal creations were made great poets, scientists and philosophers, Omar Khayam and Ismail Samani among them.

The ancient settlements in Murghab oasis appeared in the prehistoric epoch. Its city period began with the building of fortresses.

In the 4th century BC the city and the entire Margiana area were conquered by Alexander the Great. The city was than named Alexandria in Margiana. After the disintegration of that huge empire Margiana lands became a part of Seleucid Empire. The governor Antiochus Soter ordered to build a city which later was named in his honor - Antiochia in Margiana. Under the rule of Antiochus the entire Murghab oasis was surrounded by the 230-km wall. That wall protected the rich lands of Merv from the desert sand and at the same time stopped the aggressive nomads-Scythians. The city prospered until the first half of the 3rd century when Margiana was conquered by Sassanid Persians. The well-known dynasty ruled until 651. Then Merv was won by Arabs. But the time of the highest development of medieval Merv and its final layout was in the 11th -12th centuries when Merv became the capital of the Great Seljuk state. 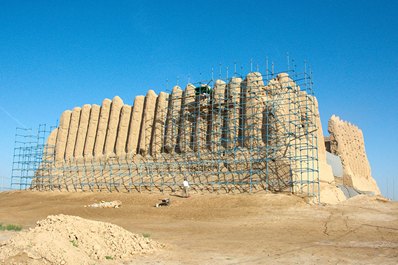 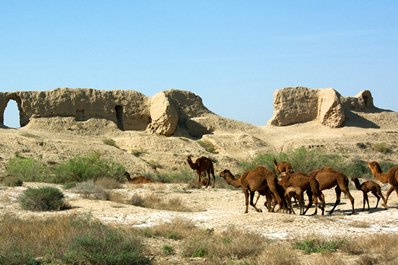 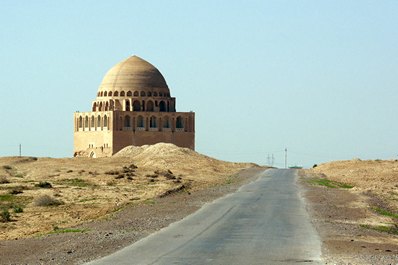 In 1221 Merv fell under the attacks of the armies of Genghis Khan. From that time on the city’s life never revived in its former riches and magnificence.

The ancient settlement of Merv is a part of the State Historical and Cultural Reserve “Ancient Merv” and is under the state protection as UNESCO Heritage Site.