Today, Konigil, a village near Samarkand has the “Meros” paper mill, founded by well-known masters the Mukhtarov brothers. Thanks to their efforts the local factory revived an ancient tradition based on old Samarkand technologies. Interestingly enough but the production is manual and the visitors can watch a papermaking process with their own eyes. They have to pay a token payment of 3,000UZS as an admission and tour of the factory fee. The territory of the mill is really picturesque: shady trees, Siab river with bubbling water, a small tea house at the entrance to treat the visitors with a delicious Samarkand pilaf and fruits, charkhpalak – a water wheel, decorated with antique vessels flowing with water. The factory owners say that the restoration of Samarkand paper production technology took them 10 years. Various materials were tried to establish empirically that the raw material for the paper was mulberry bark. 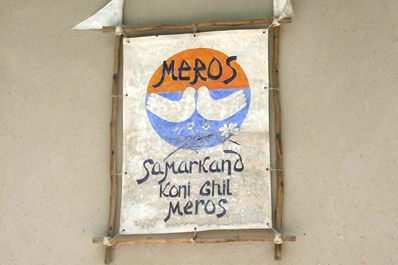 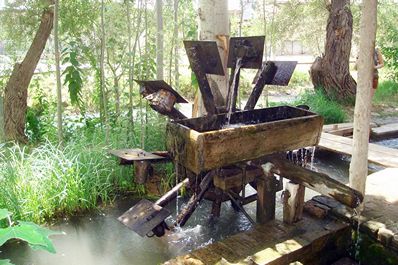 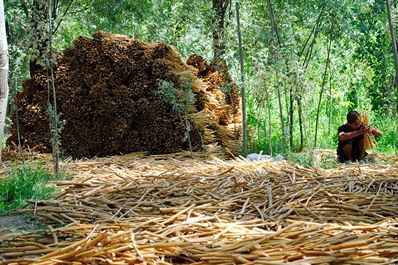 The Samarkand papermaking technology is as follows. Mulberry bark is taken as a raw material. The bark is cleaned from the outside and boiled in a large pan for a long while. Then it is beaten off in large stupas to make a homogeneous mash similar to dough in consistency. The resulting “dough” is subsequently placed in a tub with water and filtered on a large sheet of flazelin. A blank is pressed, and then is covered with a next sheet of flazelin and some sifted mulberry brew, and so on. The paper is removed from the plates and dried in a vertical position for a day. The resulted dried paper is rather strong. To remove the roughness of the paper, the master polishes it on a granite table with a piece of granite or bone horn, thus the Samarkand paper obtains its famous smoothness. 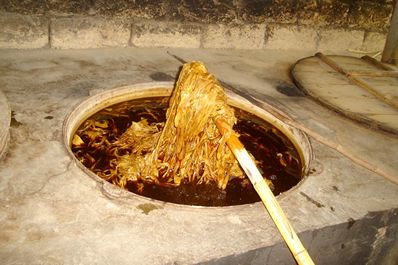 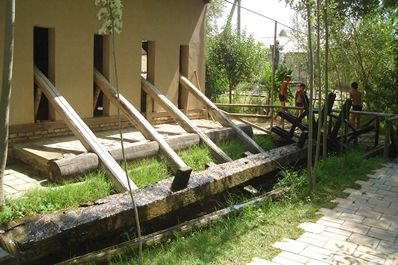 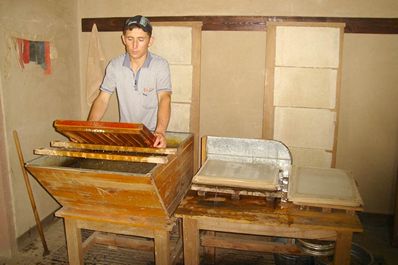 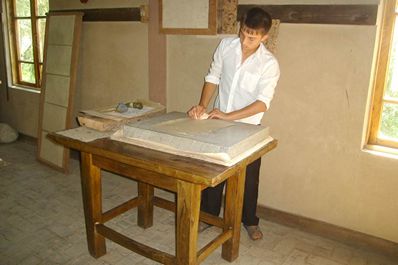 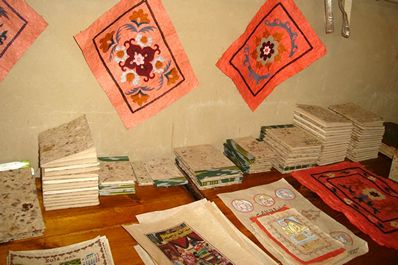 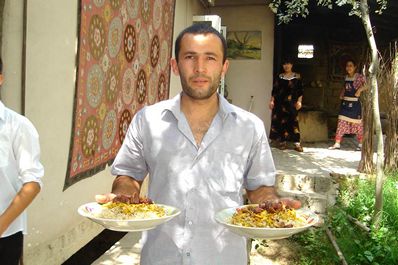