Landmarks and Attractions of Kyrgyzstan

The sights of Kyrgyzstan range from historical and cultural sights to natural wonders, from ancient petroglyphs to sheer waterfalls, medieval ruins to high mountain lakes.

Bishkek, as the capital and largest city, is one of the main landmarks and attractions of Kyrgyzstan. After visiting the city’s many parks and museums, visitors can set off for any of the mountains or gorges to the south of the city, including Ala-Archa National Park. 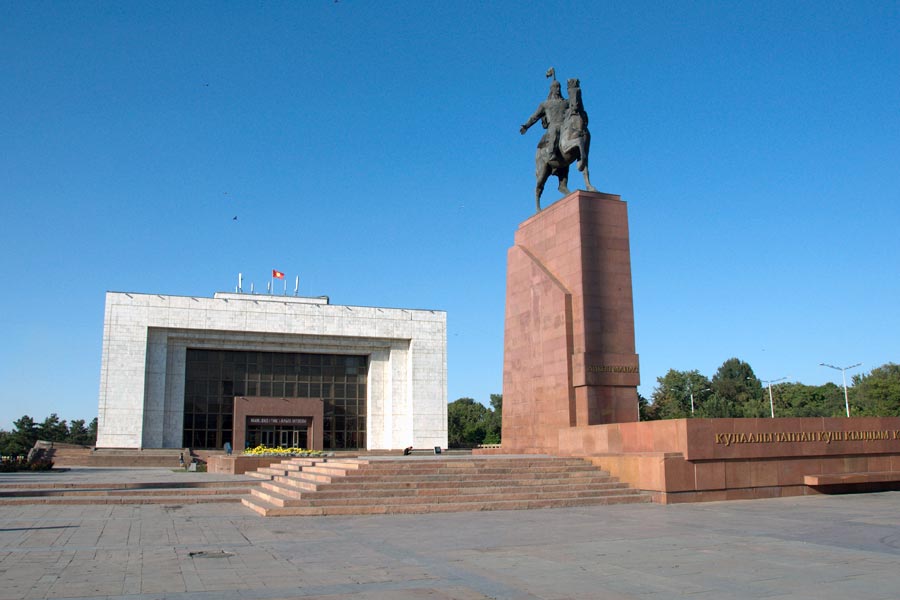 Issyk-Kul is the pearl of Central Asia, the world’s second largest alpine lake. Although it is surrounded by snow-capped peaks, the lake never freezes because of how salty it is (Issyk-Kul is also the world’s largest saline lake, after the Caspian Sea). The golden sandy beaches of the north shore are famous for their resorts, while the southern shore is famous for its more pure and untouched nature. Karakol, at the far eastern end of the lake, is the starting point for treks to landmarks like Jeti Oguz and deeper into the mountains and glaciers. 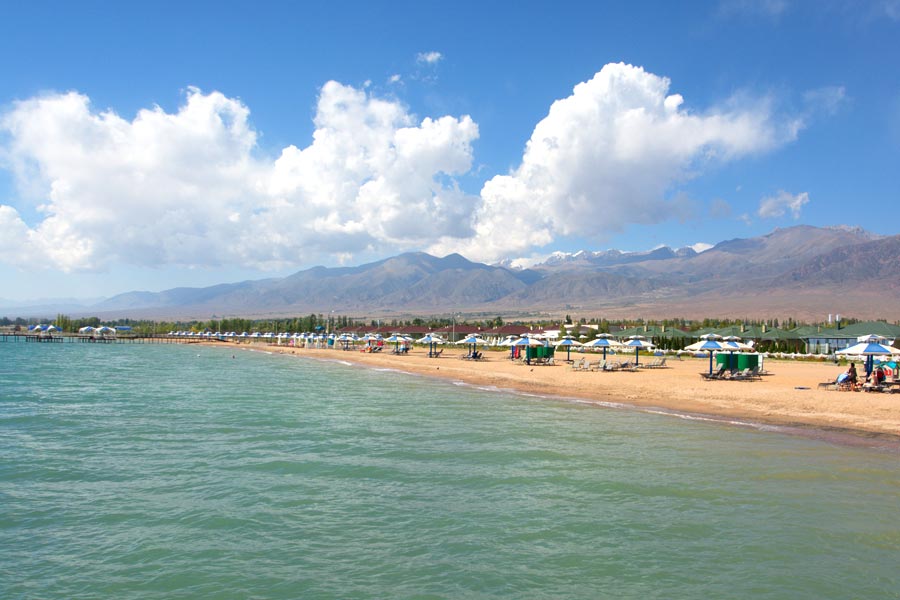 The Tian Shan are some of the tallest and most formidable mountains in Central Asia, and are home to two peaks over 7,000 m (22,965 ft). Tucked away in between the peaks and the glaciers are pure and isolated lakes, including Son-Kul, Kel-Suu, and Sary Chelek. Since the vast majority of the country is mountainous, most of the spectacular sights of Kyrgyzstan can be found here. 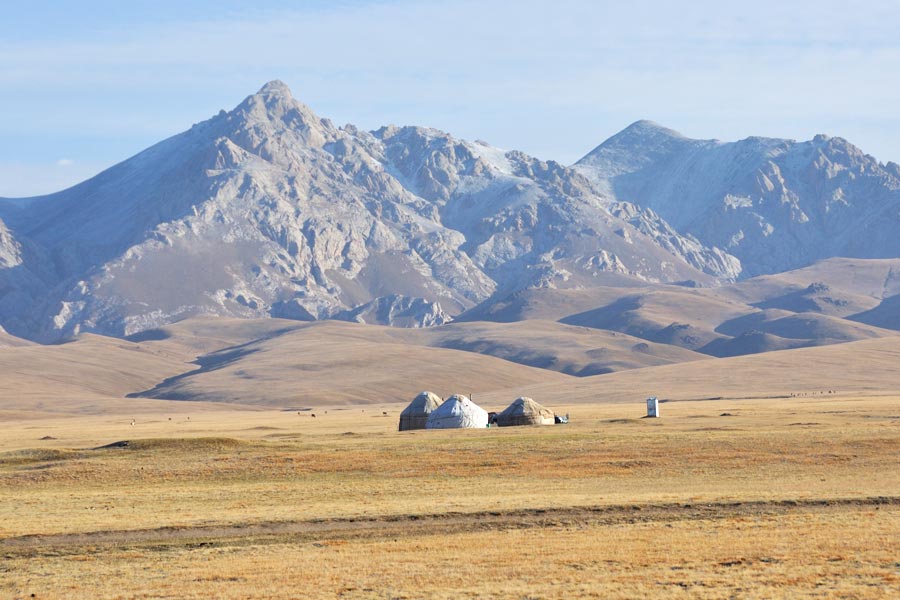 One of the oldest cities in Central Asia, Osh is home to not only a historic bazaar, but to Sulayman Too, a sacred place for many Muslims. Sulayman Too is dotted with caves, and is topped with a mosque, and although the current building is a reconstruction, the original was supposedly built by Babur in 1510. Sulayman Too is the only UNESCO World Heritage Site located entirely inside Kyrgyzstan. Arslanbob, several hours north of Osh, is in the world’s largest natural walnut forest, a calm place for relaxing or trekking further into the mountains. 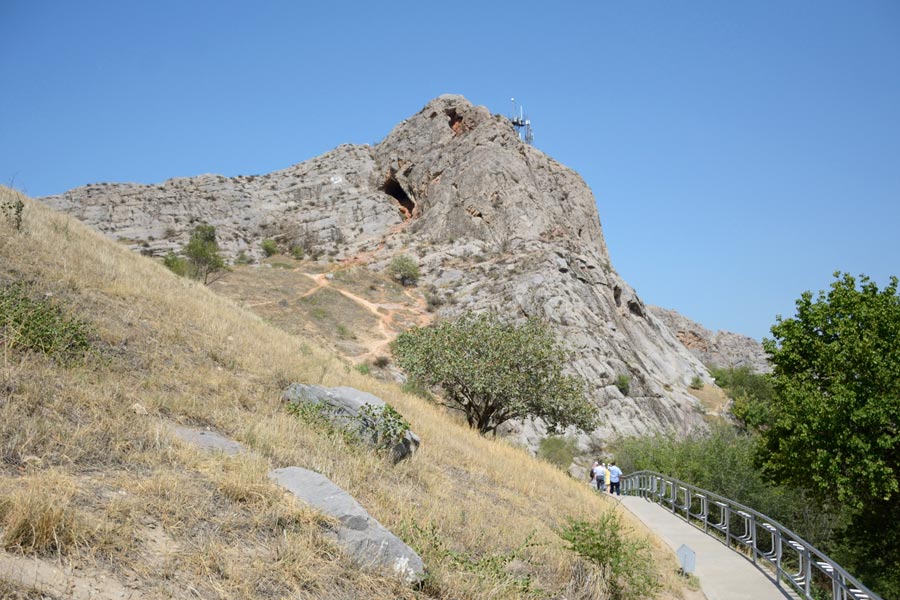 There are several other important archaeological sites in Kyrgyzstan. Being the closest to Bishkek, Burana Tower is a popular sight in Kyrgyzstan. The tower, actually the lower half of a minaret, is all that remains of Balasagun, the 9th century capital of the Karakhanid Khanate. A collection of mausoleums and a minaret in Uzgen, an hour outside Osh, were also built under the Karakhanids. At the far edge of Naryn Province is Tash Rabat, a well-preserved caravanserai from the 15th century, from the time when Central Asia was crisscrossed by merchants. 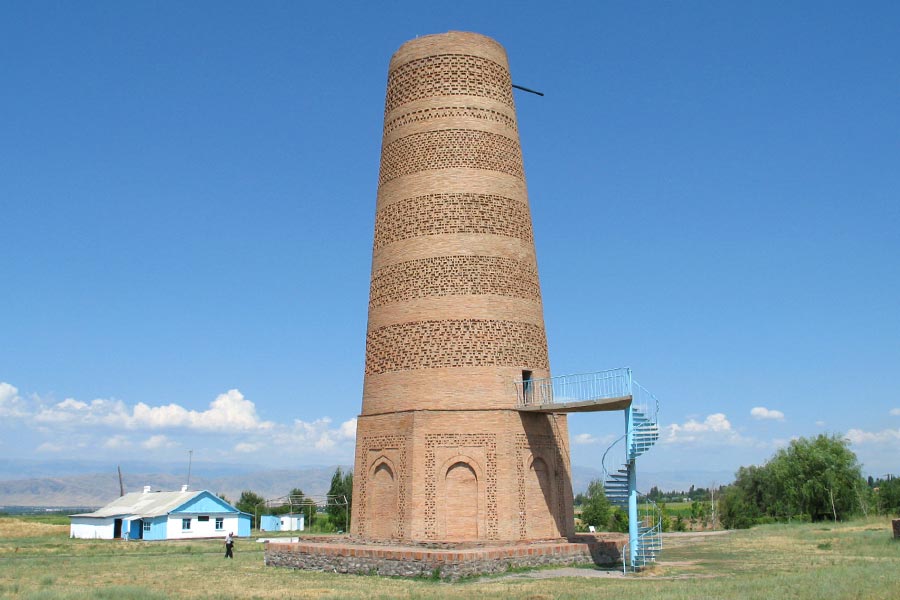