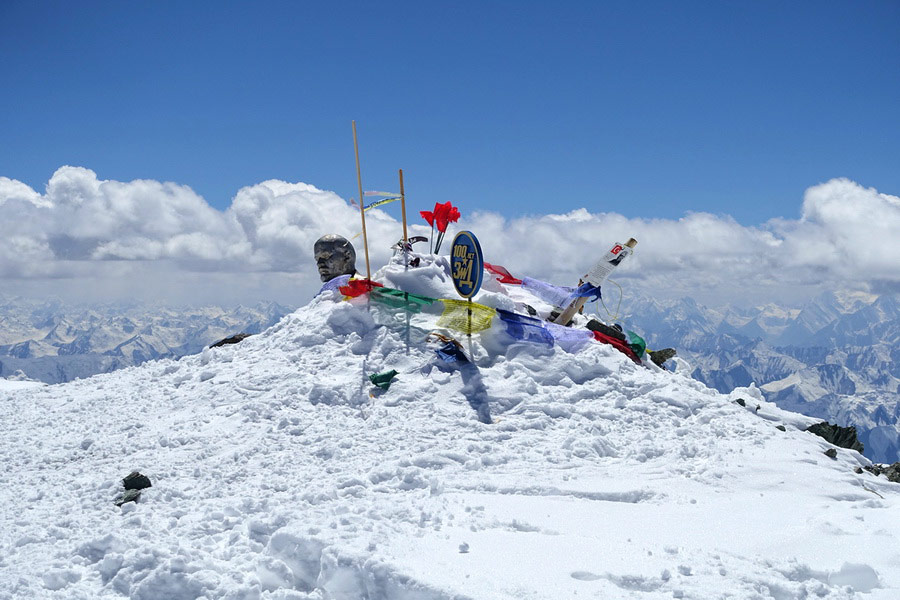 Lenin Peak is in Osh Region, on the border with Tajikistan, and reaches a height of 7,134 m (23,406 m). In Tajikistan, the mountain is known as Ibn Sina Peak, and in Kyrgyzstan, it has been suggested to rename the peak as Manas Peak, though a mountain by that name already exists. It is the third highest peak in the CIS, and the second highest in Kyrgyzstan. It is the highest peak in the Trans-Alay Range, and the fifth highest in the Pamir Mountains.

Alexei Fedchenko was the first explorer to discover the Trans-Alay Range and its tallest peak, in 1871. The first name for the mountain was Peak Kaufmann, after the first Governor-General of Turkestan. The first ascent was in 1928, when a team of two Germans and an Austrian reached the summit, which at that time, was the highest point ever reached by man. The same year, the peak was renamed Lenin Peak. Various other ascents, including in 1934, 1937 and 1950, were carried out, despite repressions that affected climbers, and hardships from the Second World War. Currently, there are 16 established routes, including nine on the southern side and seven on the northern.

Lenin Peak has earned the reputation as a relatively easy and not demanding climb, and as such is one of the most-climbed peaks over 7,000 m (22,965 feet). Located about a day’s drive from Osh, the easy accessibility is another factor in the peak’s popularity. There are base camps set up at Achik-Tash and Onion Field. Many climbers use Lenin Peak to gain experience at high altitudes. Though it is not very technically demanding to climb, the weather can be deadly. A team of eight women were killed in a blizzard in 1974, and an avalanche triggered by an earthquake in 1990 killed 43 climbers.

Even those without mountaineering experience can drive to the base camp to see the mountain, though the summit is almost always covered in clouds. The peak has the shape of a pyramid with a large base, with the northern slope being very steep compared to the others.