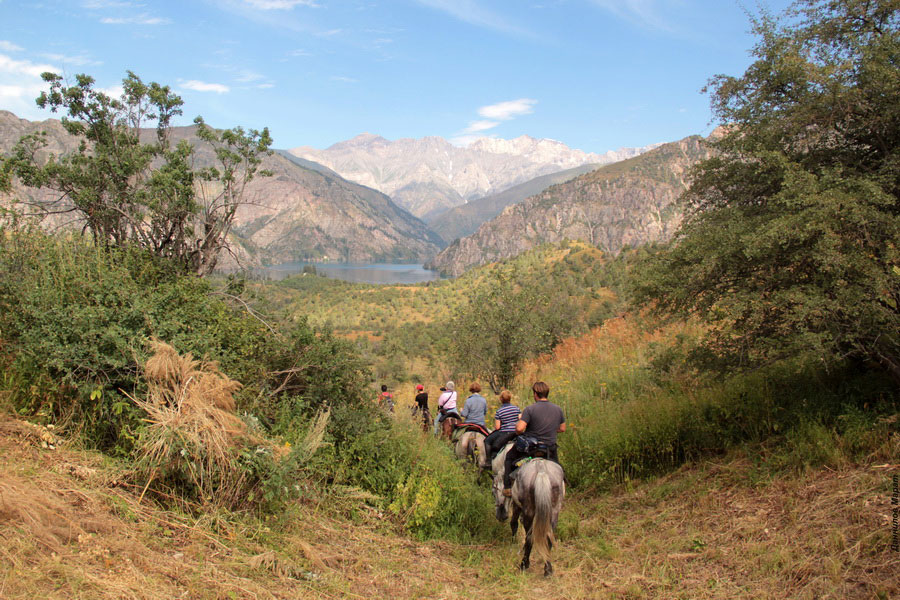 The Sary-Chelek State Biosphere Nature Reserve is located 500 km (310 miles) from Bishkek and 300 km (185 miles) from Osh. It lies in the Arkit Gorge, a relatively small mountain hollow in the Chatkal Mountains. The reserve was founded in 1959 to protect and research the pristine natural landscapes: lowland steppes, ridges with snow-capped peaks, rapid rivers, mountain lakes, and blossoming valleys and alpine meadows, with their varied flora and fauna.

More than a thousand species of plants, 160 species of birds, and 34 species of animals (such as deer, bear, lynx, wolves, foxes, badgers, porcupine and even snow leopards) can be found in this relatively small, unspoiled national park. It is also supposed to be a marvelous place for those interested in insects of all kinds.

The park comprises of the river valleys and settlements of the Kara Suu, Hodzha-Ata, Avletim, It Agar, and Pacha Ata rivers. The Hodzha-Ata River flows a winding course through almost the entire territory of the reserve, in some places between steep banks strewn with boulders, which create waterfalls up to 3 meters (10 feet) high. Glaciers, permanent ice fields and high mountain lakes like on the north facing slopes. Steep, wooded valleys are cut deep into the ridges by fast-flowing streams. Where these ridges open onto the plains of the Fergana Valley, one can find the villages of Kyzyl-Tuu, Avletim and Kashka Suu.