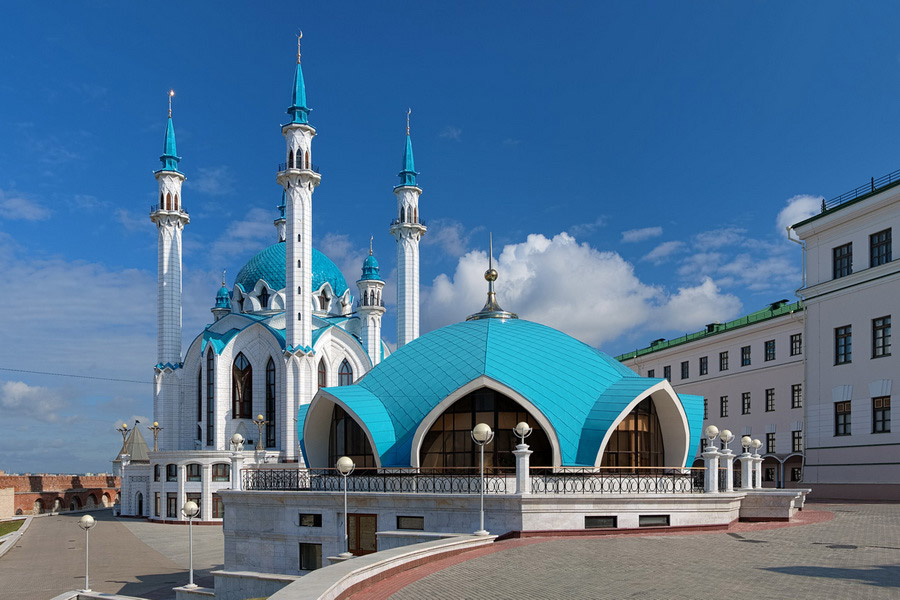 Tours, Attractions and Things To Do in Kazan

Kazan is the capital of the Republic of Tatarstan and major port on the left bank of the Volga. It is one of the largest political, economic, educational, industrial, commercial and tourist centers of Russia.

Like any other city, Kazan has its own rich history. The city was founded as an advanced post in the northern part of Volgian Bulgaria more than a thousand years ago. In the XIII-XIV centuries it became the main political and commercial center of the Golden Horde. It was a period of rise of Kazan, favored by its advantageous geographic position on the intersection of major trading roads connecting the West and the East. In 1438 Ulu-Muhammad-khan from Golden Horde occupied the Bulgar fortress and the city became the capital of the Kazan khanate. Kazan established commercial relations with Turkey, Moscow, Crimea and other regions, but a chain of wars with the Grand Duchy of Moscow (Muscovy) eventually ended by occupation of the city by the troops of Ivan the Terrible in 1552. It was the time when Kazan’s trans-cultural formation began, since the city was weaved from two cultures: Orthodox and Islam.

Modern Kazan, as before, is one of the Russia’s centers of multinational culture. The interpenetration of the western and eastern mentality in Kazan creates an original independent communicational culture, which can be met only here. More than 115 nationalities live in Kazan, though the Tatars and Russians account for the major part of the city’s population.

Nowadays Kazan inspires tourists (almost a million a year) from all over the world to seek new cultural discoveries. The Kazan Kremlin, the city’s “visiting card” stands out from the city’s numerous landmarks. This ancient architectural complex of historical, architectural and archeological monuments is under UNESCO protection. The construction of the Kazan Kremlin began in the XVI century by order of the Tsar Ivan the Terrible, while the formation of the architectural complex itself has been continued up to date. The territory of the Kazan Kremlin includes 8 towers, each of which is an original independent sight. Some of the towers are as high as 58 meters. The complex also includes the Cathedral of the Annunciation, built in the XVI century, Monastery of Transfiguration and the main Juma Mosque of the Republic of Tatarstan – Kul-Sharif which was opened in year 2005, timed to the thousandth anniversary of Kazan. It is an interesting fact that the mosque’s appearance and structure were reconstructed after an external architectural character of the legendary multi-minaret mosque of the Kazan Khanate’s capital, demolished by order of Ivan the Terrible in 1552. There is also the Islam Museum and world-known St. Petersburg Hermitage branch “Hermitage Kazan” in the territory of the Kazan Kremlin.

Another sights of Kazan is one of the most beautiful and crowded streets - Bauman street or as it is also called the “Kazan Arbat“. This ancient “four-century” long street is a concentration of a great number of various architectural sights and just interesting tourist places. There are a large quantity of cafes and restaurants, boutiques and entertainment centers and of course a lot of architectural sights beginning from the Russian Drama Theatre named after Kachalov and ending with the Theophany Church Bell Tower, and also the well-known Kazan Hotel which once sheltered numerous famous guests such as Maxim Gorky, Fyodor Chaliapin and so on.

The symbol of the city’s modern architecture is the entertainment complex “The Pyramid” which hosts Russia- and world-level official cultural, public and sports events. There, by existing tradition, KAZANSUMMIT, the annual Islam Business and Finance Summit is held, which brings together representatives of foreign financial institutions: top-managers, investors, businessmen, scientists, analytics and other experts of financial sector.

Bolgar Historical and Archaeological Complex near