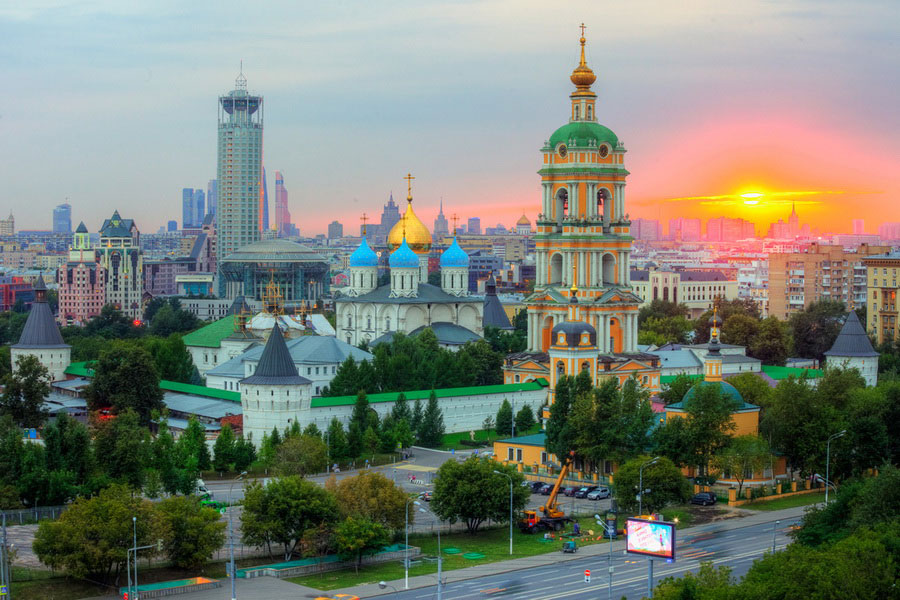 The churches and monasteries of Moscow occupy a special place among the city’s architectural monuments, for these unique national masterpieces have long been central to Russian spiritual life. Furthermore, it was in these houses of worship that hand-recorded chronicles of national events were kept, schools were opened and hospitals established to serve the populace in times of need.

In previous centuries, the monasteries also performed a defensive function, and today the high and durable fortress walls, observation platforms and remnants of trenches seen at monasteries such as Danilov, Donskoy and Novodevichy still bear testimony to their eventful past.

Learn more about the churches and monasteries of Moscow below.