Bread is sacred by Uzbek people. By a tradition, when someone leaves the house he should bite off a small piece of bread, which will be kept until he comes back and eat it.

Uzbek bread, called generally non or lepeshka, is round and flat and is baked in tandyr (clay oven), after which it comes out toasted and crispy. 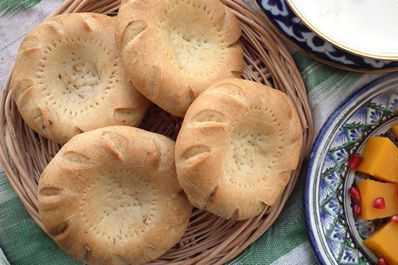 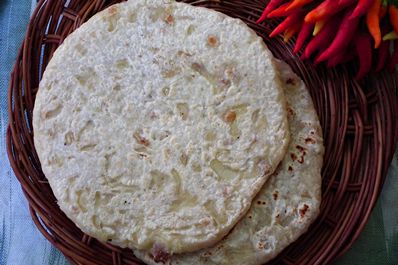 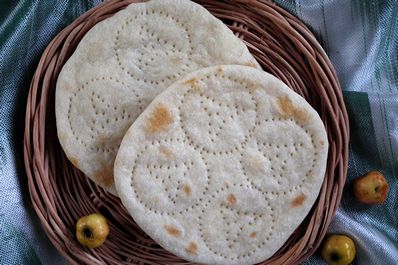 There are two types of lepeshkas (Uzbek bread): plain (obi-non) and festal one (patyr). Also they are differed by fancy, flaky dough, by appearance and taste, they are even differed by regions – Samarkand, Bukhara and others. Each region has own method of leaven, own peculiar technology of baking, own inimitable taste.

For instance, Fergana Valley is famous for the most delicious flaky Uzbek bread – katlama non, each layer of which is smeared with oil or sour cream. Also in some regions lepeshkas are baked with cracklings - jizzali-non, or cooked from maize flour – zogora-non, others leavened on herbal potion – kuk-patyr and many other sorts. Some lepeshkas are prepared with onion or meat, baked in dough.

Traditionally Uzbek bread is never cut with knife. At the start of the meal, it is broken into pieces by hand and placed on the table near each place setting. Do not place Uzbek bread upside down (with its flat side up) it is disrespectfully. Uzbek people consider bread to be greatly respected.