Landmarks and Attractions of Georgia 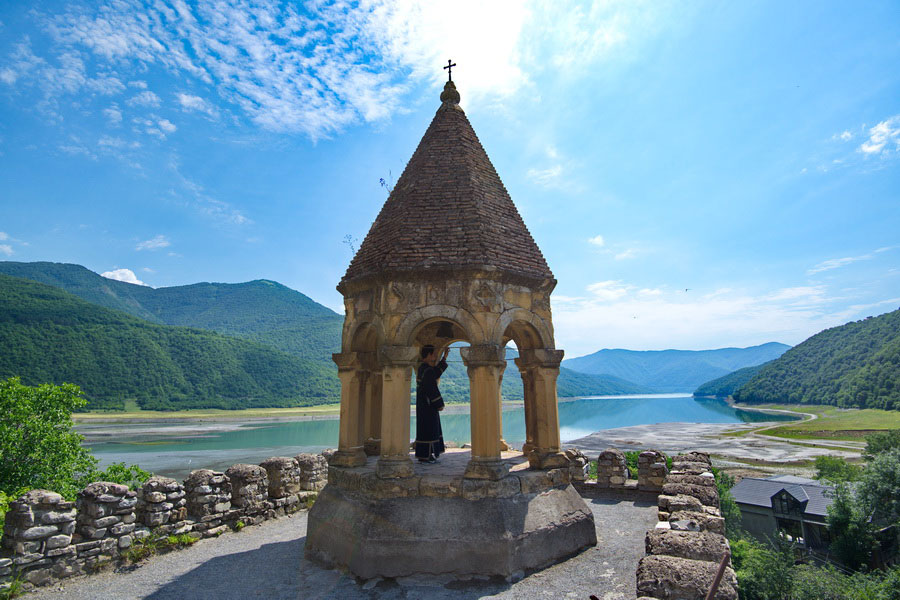 Georgia has everything to offer to a traveler: snow-capped Caucasian mountains with its healing woods and ski slopes, the beautiful Black Sea with pebbled beaches, monasteries and churches, one of the oldest in the world and of course, famous delightful Georgian wine.

Beautiful nature should enter in a list of Georgia sights with the purest air, unique coniferous forests, mountain lakes, Alpine meadows; and holy places such as ancient monuments of early Christian culture and healing mineral springs and resorts well known all around the world – Batumi, Tskhaltubo, and Borjomi.

Every city of Georgia is proud of its architectural monuments.

A Holy Mount Mtatsminda is above Tbilisi, the capital city of Georgia, and on the top there is a Church of St David and Pantheon of Georgian writers and public figures.

The old capital of the Georgian Kingdom, Mtskheta, where Christianity was proclaimed the state religion in 337, today combines the beauty and grandeur of old churches and charm of modern tourist centre.

Journey to Adjaria will also be an unforgettable experience, the sea/resort capital of Georgia where there are one of the richest and largest botanical gardens in the world, wonderful boulevard-park in Batumi, 7km shore and dolphinarium of Batumi.

A trip to Kakheti, Alazani valley – the centre of winery of the country is a “must see and try” spot of Georgia. More than 500 kinds of grapes are cultivated and where people have every right to be proud of their wine.

Georgia cherishes the historical places and monuments of the country, such as the main cathedral of the Georgia Orthodox Church – Svetitskhoveli Cathedral, rock-hewn David Gareji monastery complex, Djvari monastery mounting above rivers of Kura and Aragva, famous towers of Svaneti and hundreds of other objects of the architectural heritage.

The list of landmarks and attractions of Georgia is increasing nowadays too. For example, ultra-modern building of Ministry of Justice in Tbilisi, transparent (in the truest sense of the word), police stations in each district and even a whole renewed city of lovers, Signaghi.

Walk, fly, and/or sail to Georgia, to the land where the soul starts to sing Georgian melodies at Georgian feast.

Landmarks and Attractions of Tbilisi