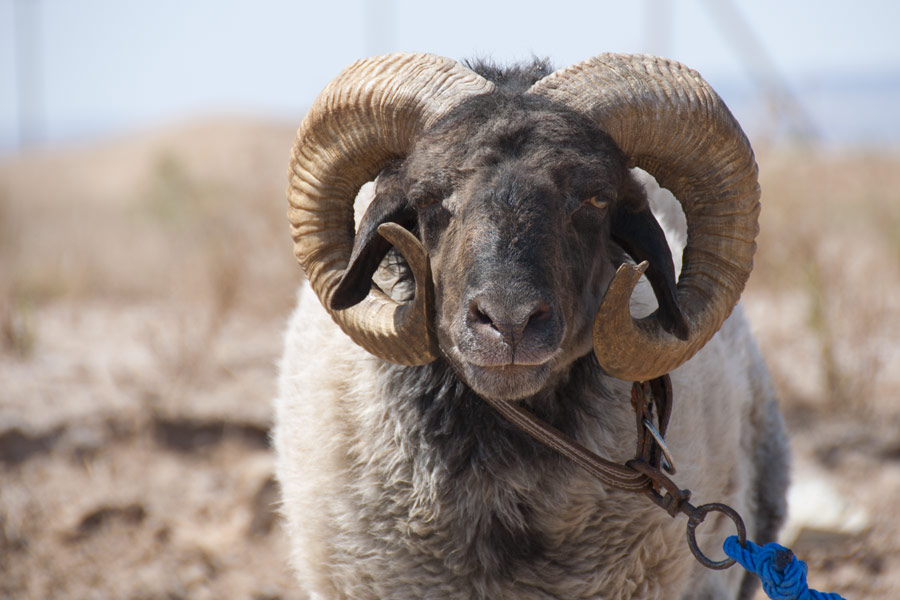 Kurban Hayit (Eid al-Adha) is one of the biggest holidays in the Islamic world. It marks the end of the Hajj (pilgrimage to Mecca). Kurban Hayit is celebrated 70 days after the end of another major holiday - Ramadan Hayit.

Since 1991, the religious holiday of Kurban Hayit in Uzbekistan has been declared as a public holiday and is widely celebrated in the country. Preparations for both Ramadan Hayit and Kurban Hayit (Eid al-Adha) begin the day before Hayit and this day is called “Arafa”. On the day of Arafa traditional pastry: “kush-tili”, “bugirsok” – fancy pastry balls, “orama”, “chak-chak” – straws and nuts in sugar and others are prepared by every Uzbekistan family.

In the evening every family cooks festive plov, which neighbors usually pass to each other. Plov is served in kosa (big ceramic bowl) and decorated with pastry on top.

Kurban Hayit, as in other countries, starts with a morning Hayit-namaz (prayer). After Hayit namaz the sacrifice is done. In most cases in Uzbekistan sheep is sacrificed, rarely -cows, and quite rarely - camels. After the sacrifices made it is obligatory to divide the meat into three parts: a precondition - at least one third should be distributed to people in need and not more than a one third should be left to the family. Even Kurban Hayit is a holiday, there is a rule to visit the cemeteries of relatives these days. Therefore, a few days before the holiday "mazar"s (cemeteries) are tidied up. This was always supervised by mahalla’s (residential quarters) residents local gathering. Each mahalla has its own area in mazar.

Many local ancient traditions are intertwined with the religious ones; this becomes particularly prominent in the days of Ramadan Hayit and Kurban Hayit. Children enjoy the holidays most of all - there is a range of toys and sweets, which are produced and sold only in the days of Hayits: wooden and tin rattles, tin fifes and clay whistles, candy canes of various shapes and sweet big balls "bodirok" (popcorn) and variety of kazinaki (sunflower seeds, peanut and other varieties of seeds and nuts brittles).

Kurban Hayit lasts for three days. At this time people visit their old relatives and neighbors. At homes where there is a "kelin" (newly wedded wife) guests are welcomed, ‘kelin’ meets the guests, doing "kelin-salom" (ritual easy half-bow). Her head and face are covered with a translucent bride veil. These days in Uzbek "mahalla” you can see flocks of kids, mostly little girls who go from house to house in a crowd, admiring well-dressed newly married wives and are treated with sweets.

Kurban Khait (Eid-Al-Adha)     Kurban Hayit (Eid al-Adha) is one of the biggest holidays in the Islamic world. It marks the end of the Hajj (pilgrimage to Mecca).
Uzbekistan
Uzbekistan