Tashkent museums, craft centers and galleries: tour around cultural places in the capital of Uzbekistan

Tashkent is not only an official capital but also the cultural center of Uzbekistan. The largest number of cultural and educational institutions, including theaters, libraries, and, of course, museums is located in Tashkent.

Cultural heritage of the city and the country as a whole are on display at over dozen public Tashkent museums and their branches, as well as galleries, craft centers and small memorial museums. The most famous Tashkent museums in Uzbekistan are the Museum of History, State Museum of Art, the Museum of Applied Arts and many others that have existed for over several decades. The exposition at museums, art centers and art galleries that have appeared recently in Tashkent - at the turn of 20th -21st centuries, such as Amir Timur Museum, Center of National Arts Centre, the Palace of Youth Creativity, Center of applied arts in Abul-Kasim madrasah and others, are far not less interesting. 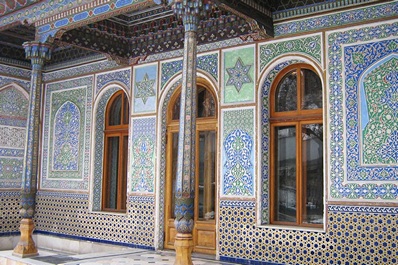 Along with large museums, there is over dozen small memorial museums dedicated to the memory of famous people who lived and worked in Tashkent. Most of those memorial museums were established in the late 1980s. All of them are also included in the system of the Ministry of Culture and Sports of the Republic of Uzbekistan.