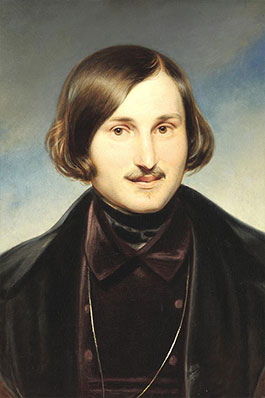 Gogol is the head of natural school in Russian literature, the founder of critical realism with a certain share of mysticism, one of the greatest representatives of the genre of satire. He became famous after his «Evenings on a Farm Near Dikanka”. Among the best Gogol’s works are his immortal comedy “ The Government Inspector”, the romantic poem “The Dead Souls”, narratives “The Overcoat”, “Taras Bulba”, “The Gamblers” etc.