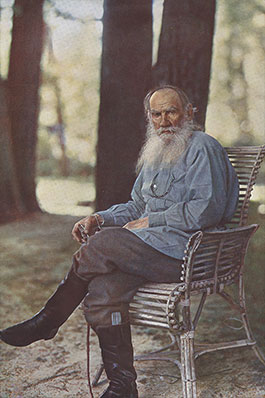 Count Leo Tolstoi, the genius of Russian language and literature, the author of numerous stories, novels, fairy tales as well as philosophical and journalistic pieces. The creator of the trilogy “Childhood”, “Boyhood”, “Youth”, he is recognized all over the world thanks to his epochal novel “War and Piece” and brilliant “Anna Karenina”.