Son-Kul Lake (Sonkel, Sonkul) is located in the north-west of the Naryn region of Kyrgyzstan. This is the second largest lake in the country after Issyk-Kul.

Son-Kul in Kyrgyz means "lake where wild ducks live". The lake is located in the gorges of the Tien Shan at an altitude of 3016 meters above sea level. Son-Kul covers an area of 278 square kilometers and extends in length by 28 kilometers, in width by 18 kilometers. The average depth is 8.6 meters, the maximum is almost 14 meters.

The lake is partially located in the Karatal-Zhapyryk State Reserve, founded in 1994. Whitefish, scaly and sparsely scaled osman, Tibetan and gray char, common marinka, peled and other fish species live in the waters of Son Kul. Curiously, because of the cold climate, there were no fish here at all until 1959. It was brought here for breeding purposes. There are also many birds living on the lake. Snow leopards, foxes and wolves live in coastal areas and mountains. There are practically no trees here, but there are a lot of medicinal herbs that the locals collect, dry and brew with boiling water. There are also edelweiss growing here. 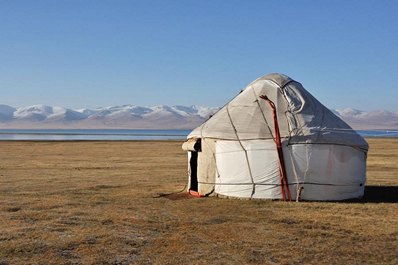 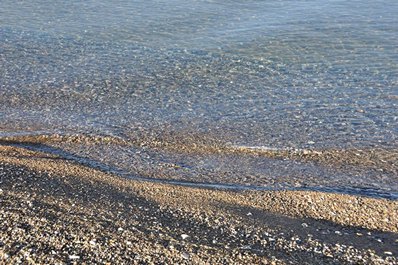 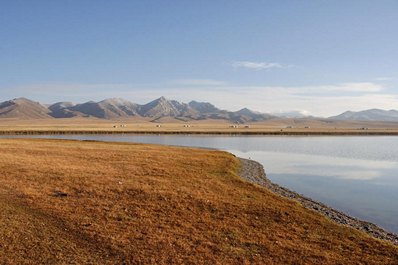 Son-Kul is a lake formed as a result of melting glaciers. The river of the same name flows out of it, flowing into the Naryn. From the end of September to the beginning of June, the water in Son-Kul freezes. In this region in winter the temperature can reach -20 ° C. You can see the lake only in the warm season also because the road to the reservoir also freezes and it is impossible to get there because of the closed roads. Therefore, in winter, Son-Kul can be said to be uninhabited.

The lake is amazing in its beauty. The azure color of the water attracts not only tourists, but also locals. Son-Kul is surrounded by green meadows, where flocks of sheep and horses graze in summer. Shepherds bring cattle here for the entire summer period, and they themselves live in specially installed yurts. Such pastures where people can live for months are called jailoos. In the cold season, yurts are rolled up.

You can get to Son-Kul from Bishkek in 6-7 hours by car. Most of the road is in normal condition, but there is also off-road. The path runs through picturesque hills. It should also be borne in mind that it is possible to see the beautiful panoramas of Son Kul only from the west coast. You can get to it through the Kalmak-Ashuu pass, the Terskey-Torpok pass, and to the southern coast – through the Moldo-Ashuu pass. If you want to get to Son-Kul on foot or by horse, it is most convenient to go through the Chilbel pass, Uzbek and Tuz-Ashuu. 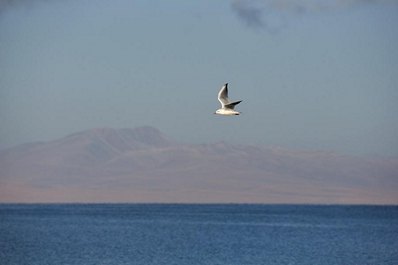 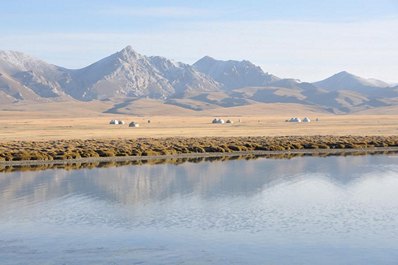 If you want to join the real nomadic life, the locals will gladly rent out a national Kyrgyz yurt insulated with felt. By the way, there are no buildings near the lake. And the air temperature in this area even in summer may not exceed +15 °With the day, and at night and even drop to minus values. But there is no need to be afraid of cold weather: in addition to the natural insulation of the yurt, special wood-burning stoves are installed in it. You can also learn horse riding and fishing on the shore of Son Kul.

In the vicinity of the lake, you can find ancient rock carvings that indicate that shepherds brought cattle here many centuries ago.

On the northern shore of Lake Son-Kul stands the only building of the district. This is the mausoleum of Tailak Baatyr (gumbez Tailak), which was erected at the end of the XIX century. The Kyrgyz national hero lived in the late XVIII – early XIX century. He defended the land of modern Kyrgyzstan from the invasion of the Chinese and Kokand. His ally and brother Atanai is buried next to the hero.

Not far from Son-Kul is the village of Kok-Oi, where there is a source of mineral water Emel. It is said that the composition of this mineral water is identical to Borjomi.