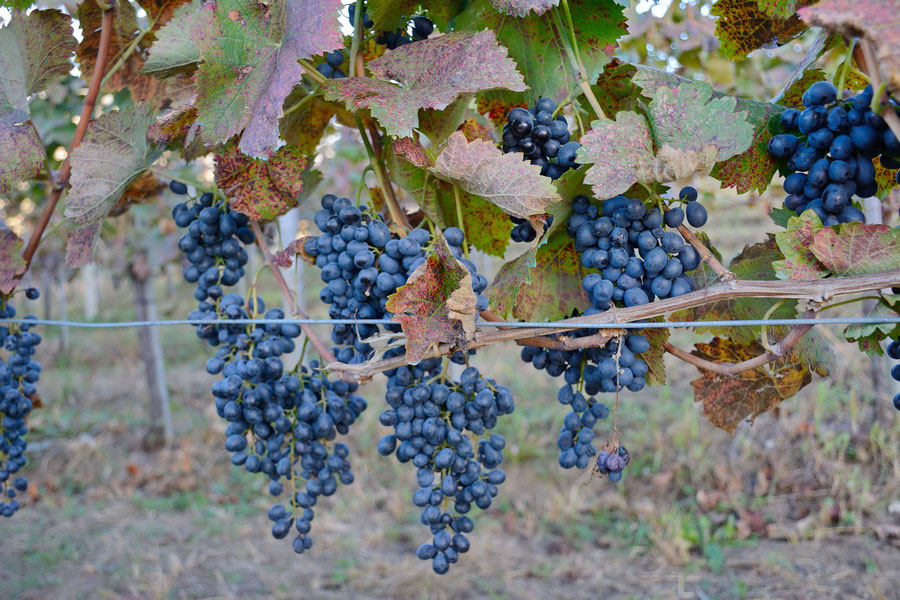 Mujuretuli grapes are a red grape variety primarily found in the Racha-Lechkhumi District of Georgia. Modest in their harvest, they are most commonly paired with Aleksandrouli grapes to create the high-quality and naturally semi-sweet Khvanchkara wine.

It is difficult to determine when the Mujuretuli grape first appeared, but based on its biological features it has likely been around for at least several centuries. According to Georgian historian Ivane Javakhishvili, Mujuretuli grapes originated in Imereti Region and derived their name from the village of Mujireti.

Today, Mujuretuli grows all throughout Racha-Lechkhumi District. It is particularly concentrated in a small area called Kvemo Racha, where it is typically cultivated alongside the Aleksandrouli grape variety. Mujuretuli can also be found in lesser quantity in Imereti Region.

Mujuretuli grapes in Racha-Lechkhumi usually ripen in the second half of October, while in Imereti they mature almost two weeks earlier, a difference attributed to the latter region’s continental climate and low rainfall. Its harvest increases in fertile soils and weakens in scarce soils, but its growth in both environs is still moderate compared to other varieties.

Like other grape varieties in western Georgia, Mujuretuli begins to give its first harvest in the 2nd or 3rd year after planting, and the first full harvest in the 4th or 5th year.

One of the most popular Georgian wines, Khvanchkara, is made from Aleksandrouli and Mujuretuli grapes. This velvety wine is characterized by its dark purple color, harmonious taste and delicate, pleasant sweetness, as well as its distinct fruity tones and varietal aroma.

In Imereti Region Mujuretuli grapes are used to make delicious red tables wines that are noted for their well-defined varietal aroma and pleasant, gentle taste.