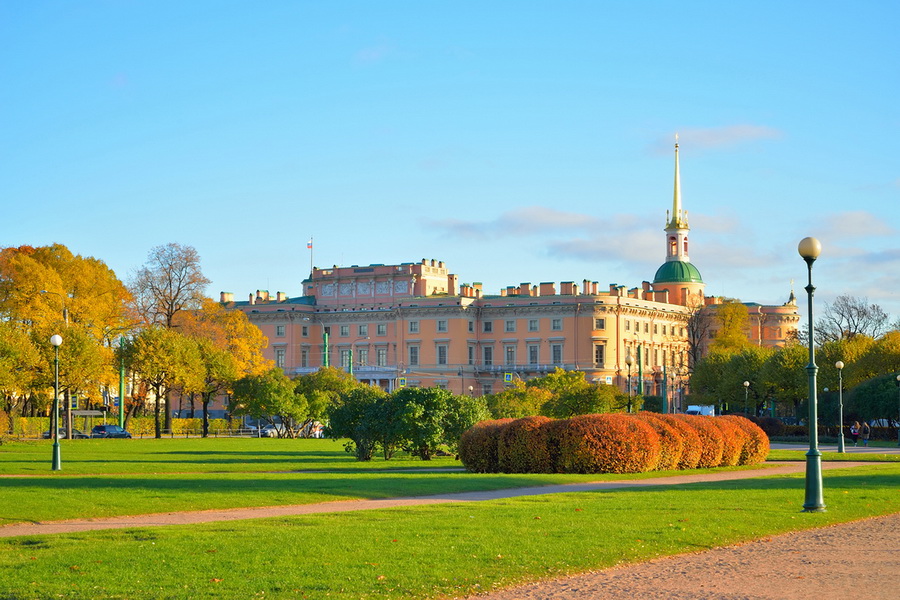 The famous sight of St. Petersburg is a vast memorial park complex called the Field of Mars. It is located in the heart of the city and is a cult place, which is visited by people to remember the fallen soldiers as well as enjoy the magnificent scenery of this wonderful site.

The history of Mars Field goes back to the first years of St. Petersburg foundation. This place is a witness to the solemn events in the history of the Russian Army. Once it was called the Big Meadow. Then they began to organize festivals with fireworks in the honor of the victory of Russia in the Northern War. This tradition gave the place the new name the «Fun Field». In the 1740s the Fun Field was turned into the Promenade with paved paths, lawns, and flowers. When the summer palace of Empress Elizabeth was built there, the Promenade was transformed into the Empress Meadow. In the end of the 18th century it became the military parade ground with the monuments dedicated to the victory of the Russian Army as well as military parades and exercises. In 1801 in the southern part of the field the monument to Alexander Suvorov was erected. The great soldier is depicted as Mars, the God of War. Since then the Field of Mars has had its present name. The monument to Suvorov was moved to Suvorov Square, which ahs a wonderful view of the Field of Mars, in 1818. Among the earliest structures of the Field of Mars was the Marble Palace. In 1957 the eternal fire was started in the monument's center.